Impossible Creatures lets you create your own army of strange creatures from and then test them out in a real time strategy environment. Offering an experience unlike any other Impossible Creatures has a captivating and unique game loop that revolves around creating your own units and testing them on the battlefield. Impossible Creatures was released in 2002 and developed by Relic Entertainment which does mean the fantastically unique game design is offset by some technical limitations of the time. 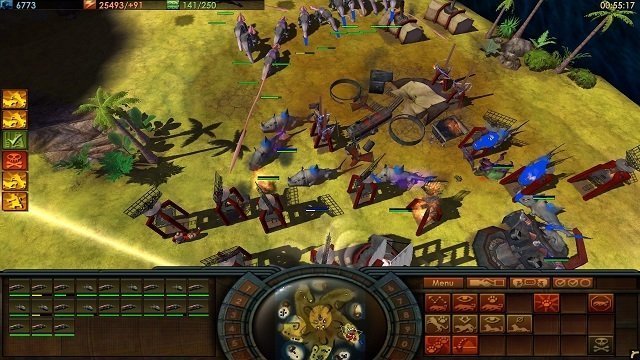 Spread across a total of 15 missions the game plot of Impossible Creatures explores the story of Rex Chance as he attempts to avenge his father’s death at the hands of the evil tycoon Upton Julius. Your father was a well known scientist and arguably the best in the field at the time of his death which his crowing achievement behind the inventor behind Sigma Technology. This technology which is still new to the game world of Impossible Creatures allows for the creation of new life forms by combining elements of other creatures together.

Utilising this technology in powerful ways allows Rex to fight back against Upton Julius and his loyal subjects who want to seize the technology for themselves and was the primary motivation for the original murder of Rex’s father. In addition to the usual RTS progression through the campaign which unlocks new abilities and more difficult enemies the story is also used to develop the plot and history of Rex Chance, eventually revealing that Rex himself is a result of the Sigma Technology experiments. 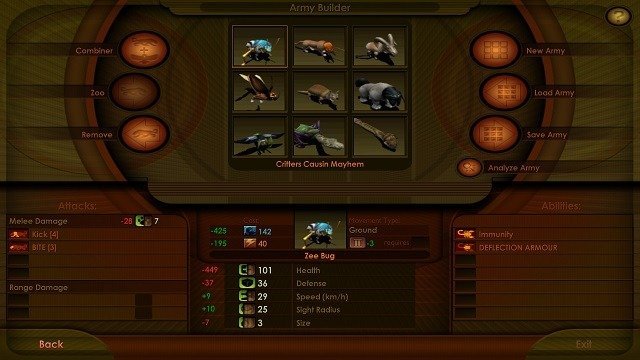 Other progression through the campaign sees new environments being introduced that present challenges and different elements that require an adjustment of your strategy and prevent players from spamming a single unit throughout the campaign and rather engage with the Sigma Technology experimentation. Within each mission players can select up to 9 different creatures to fill their army ranks which allows players to design units that fulfil typical RTS roles from cheap units to powerful costly units.

In order to design and select these 9 creatures per each level players can combine over 50 available animal options (with expansion and downloadable content add-ons) which have their own stats that interact with a partner animal in different ways. With over 50 animals available Impossible Creatures offers a solid mixture of familiar animals such as the ant, bat, camel, elephant, lobster, eagle, wolf and zebra amongst many others. 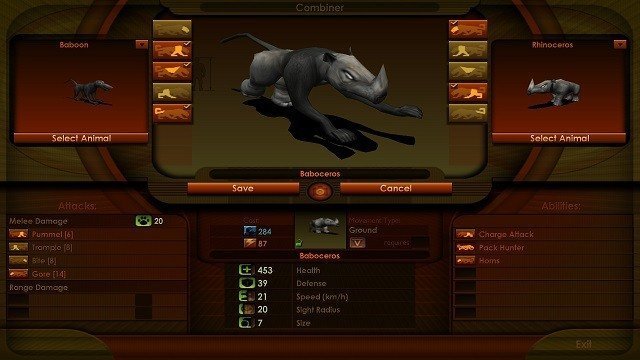 Beyond this animal creature element Impossible Creatures plays similarly to other RTS titles where player construct a base of various buildings while battling against enemy attacks and pushing into the enemy base themselves or achieve an alternative mission objective.

Games Finder is a Steam Curator and featured in the aggregate review scores data of MobyGames and Neoseeker.
FEATURED ON
Games Like Age of Empires, Games Like Spore
LEAVE A REPLY Cancel Reply