Infamous 2 was released in 2011 exclusively for the PlayStation 3 and continues where the first game (released in 2009) left off. Infamous 2 promises plenty of action, adventure and open world environments for players to explore. 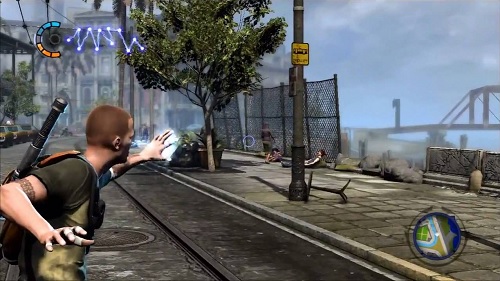 The game takes place not long after the original where the world changed after the birth of Cole’s electrical abilities. The Ray Sphere has advanced since the original game (it no longer blows up entire cities with every use) which means Cole isn’t the only one with special powers in the game world. Cole is definitely the most powerful of this new breed of super humans (known as Conduits) though which makes him a prime target for capture or elimination.

Gameplay is very similar to that of the original Infamous game with players taking on a superhero type role with their impressive array of electrical talents. Melee combat also returns to round out the combat side of Infamous 2.

Game progression is again very mission orientated with players accepting story missions as they desire while completing side missions and exploring the city in between. There are also plenty of boss battles spread across the game world to push your powers to the limit. Destruction and parkour capabilities have been seriously turned up in this sequel as well so it’s always easy to get around the world and destroy things. 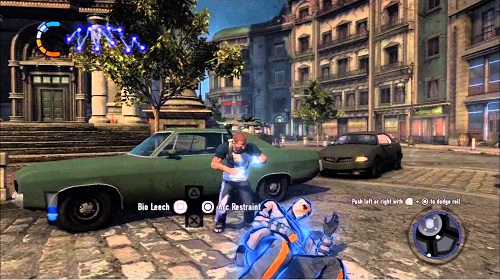 The morality system remains a core component of Infamous 2 with players again having to choose how they will use their powers and if they want to play the super hero or the villain. This is combined with two different endings to make your decisions feel impactful throughout the entire game and will have you questioning your choices at every turn.

Infamous 2 is pretty much the same game and doesn’t add much in the way of new ideas but its decision to focus on improving current elements makes the game a must grab for open world action adventure fans and fans of the original.