Infamous treats players to abilities such as having lightning bolts firing from their fingers alongside other action-adventure gameplay. Playing a simple bike messenger by the name of Cole MacGrath you’ll be at the centre of a massive city explosion that leaves a town in chaos and Cole with seemingly new magical powers. 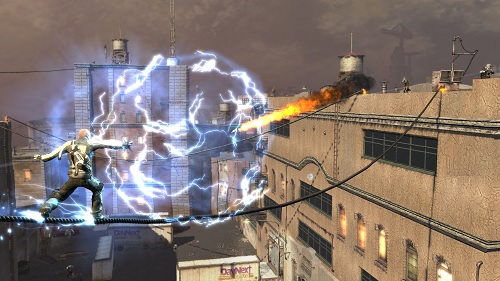 All of these new Cole powers are electrical based and will be vital to your survival in the fictional Empire City which amongst the chaos is now overrun with all sorts of gangs and violence. The story arc follows Cole as he adapts to the new powers, uses them in both good and bad ways around the city and ultimately these decisions leading to one of two main game endings.

This story is wrapped in with typical action adventure mechanics with the likes of an open world with player choice as to how, when and if players complete certain tasks. The only limitation of Infamous is the jump between each of the three game islands requiring certain actions before being unlocked to the player. The wealth of electrical powers aide players in this regard with different abilities providing enhanced movement, powerful attacks or resilient defensive options to Cole. 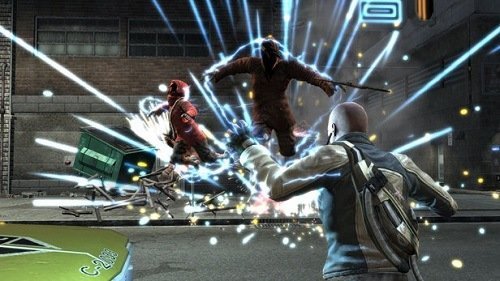 Cole is unable to conjure these electrical powers without some sort of charge though so draining electricity from the typical city sources or even other people is required to call on your powers. In total there are 17 powers available to players which includes several bolts and bursts to damage foes, grenades, shockwaves and the ability to call down a lightning storm. Despite these impressive powers Infamous does limit the player somewhat with the inability to drive, swim or shoot firearms. While driving is out of the question several abilities unlock towards the mid stages of the game that allow for faster in game travel.

In standard adventure game fashion not all of Cole’s powers will be obtained at once with experience points awarded for player actions and missions to unlock each power or boost it’s level. Uniquely certain powers are tied directly to Cole’s current karma level which fluctuates with choices made in both side missions and the main campaign.

This decision to be good or evil is the most impressive feature in Infamous as your choice will change your powers from a sparkling blue to a chaotic red while also impacting on your visual appearance and its citizens will also react to the good or evil actions that you take. 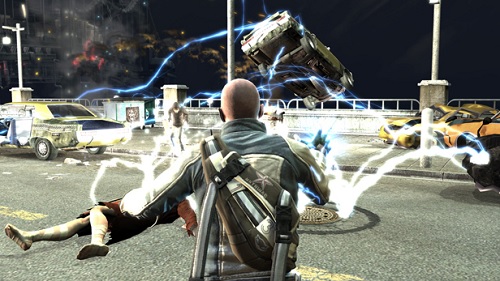 Infamous is an impressive experience that has everything you’d want from an open world adventure. The karma system and its effect on Cole and the game world are particularly well presented and there is no better feeling than firing bolts of lightning at your enemies.

This review was first published on May 25, 2014. Read our update policy to learn more.