Infinifactory throws players into an alien controlled facility as you create assembly lines in first person for blocks to go from point A to point B across 6 challenging worlds. With many different block types to master, a competitive leader board and dark sense of humour there is plenty to enjoy in Infinifactory as you break down the puzzles laid out before you and conquer them through logical constructions. 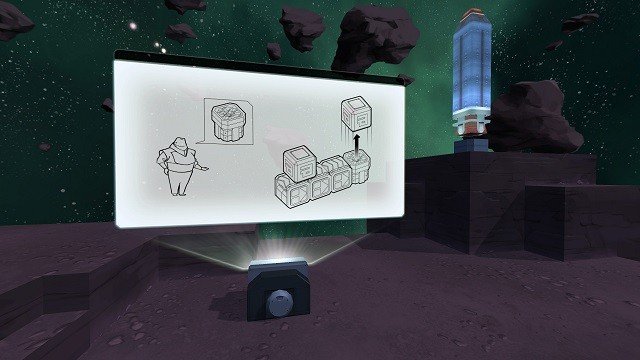 The core Infinifactory offering is a highly structured experience with players selecting levels from the central hub of 6 world chapters and 50+ total puzzles which also serves as your prison to the alien captives that observe over you. In addition to this strange setup players will find audio logs as they adventure through the levels left by other captives who have seemingly gone insane in their own ways from the never ending block based puzzles that they have been forced to attempt.

With each puzzle you’ll unlock the next puzzle in the sequence across the worlds which introduce new mechanics, challenges and blocks to use to meet the levels objectives while giving you a sense of progression and increasing difficulty. The main requirements in puzzles involve transporting blocks from their spawn point to the intended delivery point by crafting a means of transportation. While this sounds like a straight forward task you’ll also need to consider things like block modification to turn them into the appropriate delivery form required. 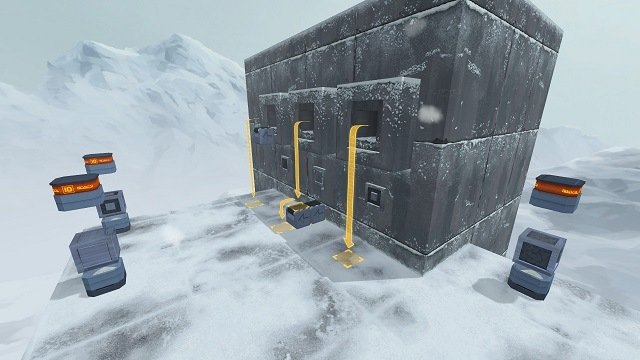 In order to make this happen you’ll have to place blocks (unlimited) to transport varying numbers of cubes to varying numbers of end points between the two aforementioned points. Basic blocks include things such as the conveyor belt, welder, sensors and a broad range of other devices that grow increasingly complex as you advance. Common puzzle solving strategies include utilising sensors to trigger the next action, conveyer belts to transport blocks over large sections and pushing devices to push the cube where you need it.

Placing all of these optimally in first person mode is where you’ll find your puzzle solution which can then be compared against other gamers. This scoring is based on how much area your assembly line uses, the time taken to move through your assembly line and the number of blocks used which all reward efficiency in puzzle solving. 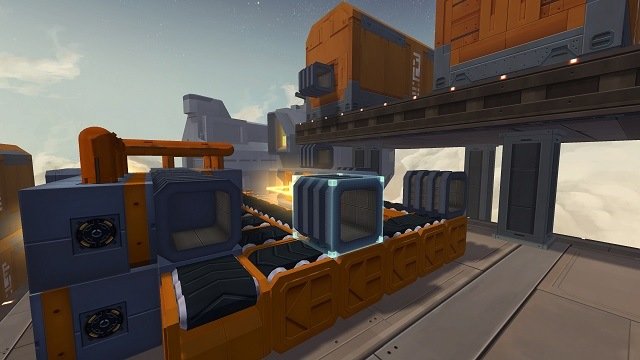 To assist in the first person block placement players also have access to a jetpack to provide appropriate verticality and lets players take a step back from their contraption to watch it in action and identify areas for improvement. Players can also utilise this in the games sandbox mode where you can experiment with all available blocks. Regardless of game mode unlocking the full potential of each and every tool at your disposal in Infinifactory paired with the dark humour ensure your puzzle adventure is enjoyable and addictive.

Games Finder is a Steam Curator and featured in the aggregate review scores data of MobyGames and Neoseeker.
FEATURED ON
Games Like Factorio, Games Like Portal
LEAVE A REPLY Cancel Reply