Infiniminer’s claim to fame is that it inspired Notch to create Minecraft. With the success that Minecraft achieved and likely will continue to achieve going forward Infiniminer offers a unique insightful experience into the gameplay and design that lit a spark of an idea in Notch for the Minecraft behemoth to be created. Despite being one of the first to offer such mechanics Infiniminer has lacked significant updates and its current state is far from a polished finished game leaving the community to be made up of the truly hardcore fans and floaters who come in for a small period of time to explore Minecraft’s roots before returning to Minecraft or a similar blocky sandbox game. 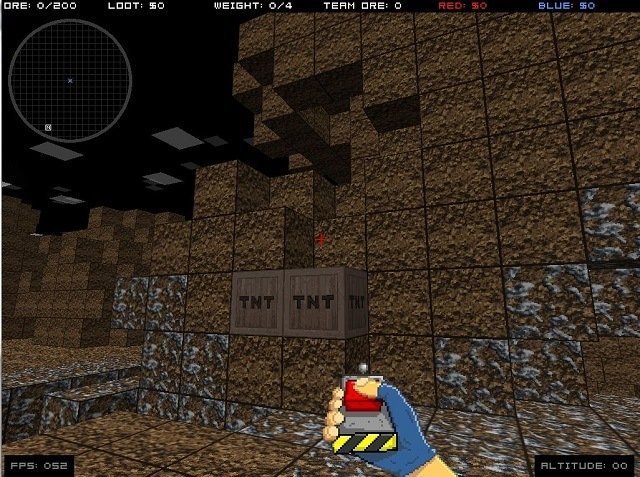 This isn’t to suggest you shouldn’t try out Infiniminer for yourself with a few friends but is important to frame your overall expectations of what Infiniminer was and still is to this day. This is also due to the fact that soon after its first release Infiniminer’s development was closed but that doesn’t stop it from being a fun experience based around the premise of placing and destroying blocks for creative efforts or as part of one of the game modes.

The core game mode for Infiniminer (and how it was meant to be played) has players battling it out in team based combat with the goal to uncover more precious metals than the enemy team from the blocky environment. Players will have to dig deep into the game surface to find these resources though and then bring them to the surface and claim them for their team. These resources are randomly spread across the procedurally generated game world which ensures that every match is a different and challenging experience. 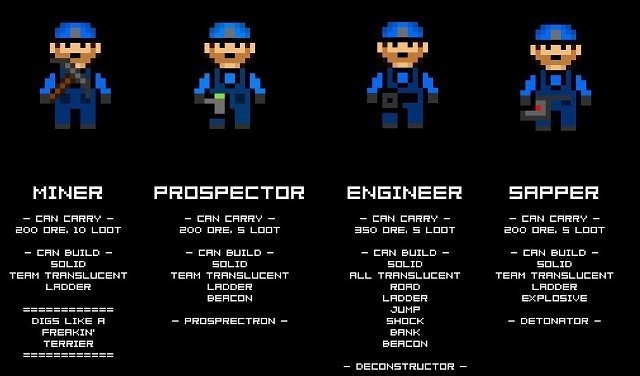 In order to achieve success and provide another level of variety each team will have to carefully use the 4 available classes in Infiniminer. This includes the miner who can dig the fastest and suited to players who want to dig out the game map with speed, the prospector who has abilities to help spot rare minerals and vital for any team to include, the engineer who can create a large range of buildings to assist their team and the sapper who blows up massive amounts of the map (or players) with TNT.

Overtime though the community of Infiniminer slowly stopped playing the competitive game and instead gravitated more towards the building elements where players would create a game server solely for creating objects in the game world and mining out blocks to shape the randomly generated game landscapes. 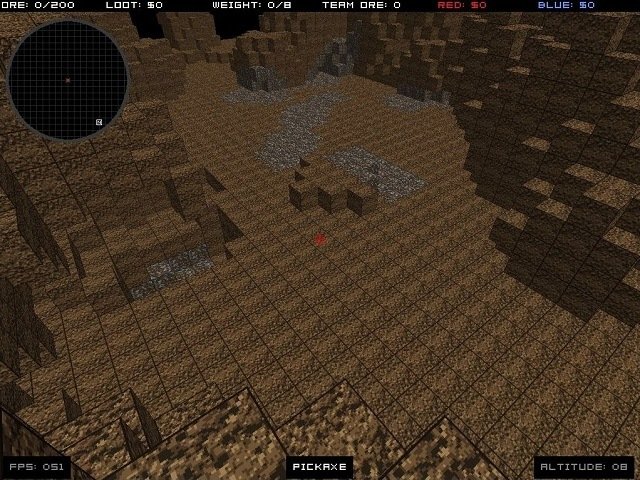 While Infiniminer is significantly older than games that have been released since it still sees the occasional game traffic through cult followings and curious gamers looking for Minecraft’s roots. While the game currently lacks any substantial community it’s still worth trying out if you are interested in learning more about the origins of Minecraft or just want a free game to kill some time with your friends.