Pulling all of your favourite DC characters into a single game is Injustice: Gods Among Us a fighting game that blends narrative driven story, online content and plenty of unlockables. Available as a paid title on popular platforms with a free to play spin off for iOS and Android all gamers can experience this fighting challenge on their preferred device. 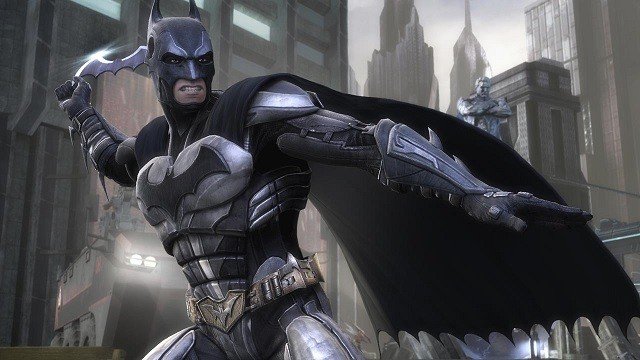 For the campaign of Injustice: Gods Among Us you’ll enter into an alternative reality where the Joker has destroyed Metropolis with a nuclear weapon, cutting short the lives of millions that lived there. Tied closely to this is Joker tricking Superman to kill Lois Lane and his unborn child which triggers Superman to murdering the Joker in rage and establishing a new world order to remove evil from the face of the Earth forever. Known as the One Earth Regime who have acquired global peace through the use of fear Superman leads this world with a dictator like authority alongside other heroes and villains that have been recruited to his order. With some opposing this Superman ruled world forming their own group known as Insurgency is a period of near all out war between super heroes from the DC universe.

Starting as Batman you’ll play through this story as you seek to stop this evil version of Superman, eventually commanding 12 of the total available characters within the story mode before it reaches the climatic end. While this is far from the full roster available in the full game this is a small price to pay for a high quality and cohesive storyline that most fighting games fall short of as they try to work in every single fighter to a single story. All the familiar faces are there with plenty of less known characters from Bane to Catwoman, Aquaman, Cyborg, Lex Luther and Wonder Woman all waiting to be taken into the fighting arena. In total there are 24 DC characters in the base game with an additional 6 available through DLC. 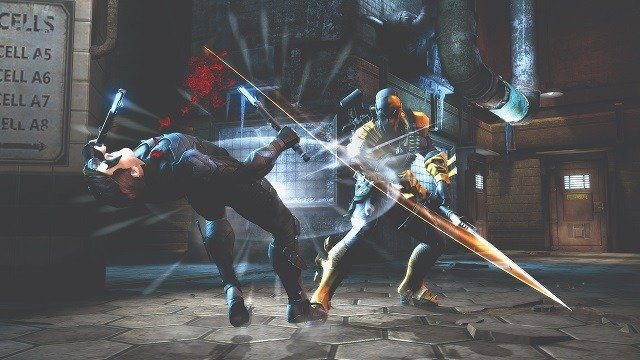 An additional staple of this story mode is the inclusion of various mini games which lead into each fight and based on your success can give you a small leg up in the fight to come. While a small feature which mainly revolves around timing the correct button presses it’s a nice story telling mechanic that brings you into the story before the fight begins. Said fights use 3D models for each character although restrict players to the traditional 2D fighting plane. Injustice: Gods Among Us also does away with life bars that return to full between rounds and uses two life bars in single rounds to streamline story and general gameplay.

Injustice: Gods Among Us doesn’t stop there with changing up the norm in the fighting game genre either with a fresh control scheme of only 4 buttons that let you alter your attacks as heavy, medium, light or use your character trait. This unique trait is different to each hero and usually blends in quite well with their design such as Batman’s ability to call on robotic bats to Superman’s ability that draws solar power to allow him to deal increased damage for a short period. 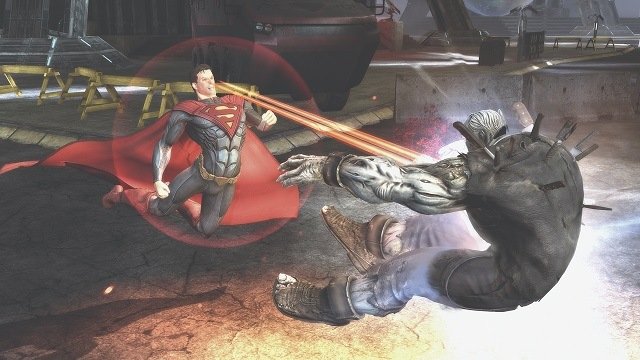 All of this fighting takes place on an impressive range of locations that die hard DC Universe fans will recognise from the wider franchise. These stages also have a recurring theme of destructible elements which can also be used to cause significant damage to your opponent when activated by the correct sequence of events.

With all the quality elements that have made the long standing fighting genre so successful Injustice: Gods Among Us is worthy of the story playthrough alone in terms of game content. For those that want to dive deeper with their favourite characters you’ll find the character specific challenges provide additional single player longevity before opting to explore the multiplayer arena Injustice: Gods Among Us offers.

Injustice: Gods Among Us