The Inotia saga continues with Inotia 4, a mobile RPG action games that has you leading a party of heroes into the face of powerful forces. It’s got a lot of depth for a mobile adventure and paired with a free price tag there are few games like Inotia. 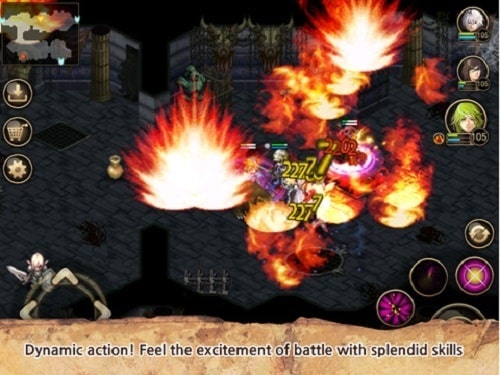 Story wise the game is typical of the genre with a young gifted assassin of the Shadow Tribe who of course also has a love interest close to the storyline. There is also magic, hidden mysteries, unknown history and a number of warring factions that constantly pop up during the adventure. It’s fairly typical of a KRPG experience with a weaker storyline that pushes your focus towards developing your team, strategy and grinding instead.

Gameplay is similarly quite standard with an interface and d-pad control scheme most players will be familiar with. All the information fits quite well on the the screens of smaller devices but does borderline overcrowded in some of the game locations where it is harder to see where you are going.

The real attraction to Inotia 4 lies within the strong party system where you’ll strive to create the ideal party. This mechanic works by allowing the player to be joined by two fighters at any time with up to 6 in reserve. Inotia has the unique feature of keeping your party members at comparable levels which means your early game decisions won’t pigeon hole players into particularly party members. 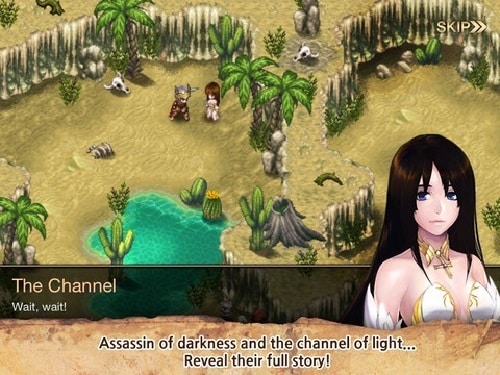 Just like the hero these party members have unique skills, stats and 10 item slots which makes the game very much about the item hunt for perfect party items. The loot system also strikes a fine balance between randomness and rewards with plenty of good items coming out of random encounters but more so from boss battles.

With so much customisation and choices combining with solid mobile mechanics Inotia 4 is a strong pick with few shortcomings for a game in the KRPG genre.

Games Finder is a Steam Curator and featured in the aggregate review scores data of MobyGames and Neoseeker.
FEATURED ON
Games Like Zenonia
LEAVE A REPLY Cancel Reply