Use your abilities of sneak in Invisible, Inc. a stealth based tactical game Developed by Klei Entertainment who also brought Don’t Starve to the world the game features similar roguelike elements. 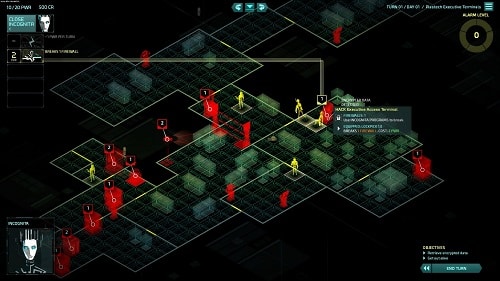 Invisible, Inc. explores the year 2074 with a setting where large corporations have done away with the government and put themselves in charge. Invisible, Inc. supports these companies by offering infiltration and intelligence services through field agents and a powerful AI called Incognita.

In terms of story your adventure takes place after Invisible, Inc. is compromised leaving a small number of agents alive and Incognita needing a new powerful computer system to maintain it within 72 hours. Accordingly this is your time frame to break into your enemies headquarters and upload Incognita to their mainframe.

This isn’t just something you’ll attempt once thanks to the games rougelike design which means you’ll likely have to try multiple attempts to reach the end of the story. With each attempt though come experience points for unlockables and the knowledge of your mistakes.

Each time you try the campaign you’ll find randomised elements making it different from your last which is where the game gets its replayability from. Once this is paired with a large array of difficultly options and different agents this is one for fans of games like FTL. 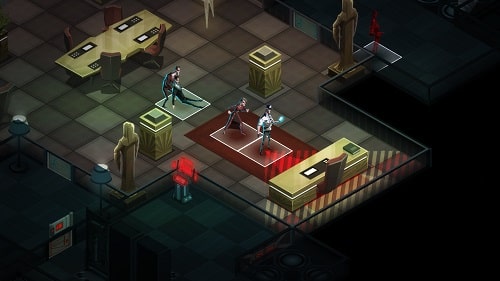 Players are given 72 in game hours to improve their strength by taking on missions for information that will provide new weapons and currency. This amounts to about half a dozen game missions that take place across the world and as mentioned are randomly generated. Within these missions players need to use stealth to hack terminals, avoid guards (or disable them) and achieve the objective for that given mission.

Invisible, Inc. doesn’t sell itself on being easy either and those that don’t carefully plan out their approach will find their agents quickly dead on the floor and the campaign restarting from scratch. Stealth isn’t just an option either, it’s vital with plenty of barriers to more direct approaches.

Games Finder is a Steam Curator and featured in the aggregate review scores data of MobyGames and Neoseeker.
FEATURED ON
Games Like FTL: Faster Than Light, Games Like Wasteland 2, Games Like XCOM
LEAVE A REPLY Cancel Reply