Jagged Alliance 2 is one of the older tactical role playing games launching back in 1999. Set in a small fictional country the sheer amount of choices combined with randomised components guarantees more than a single playthrough. 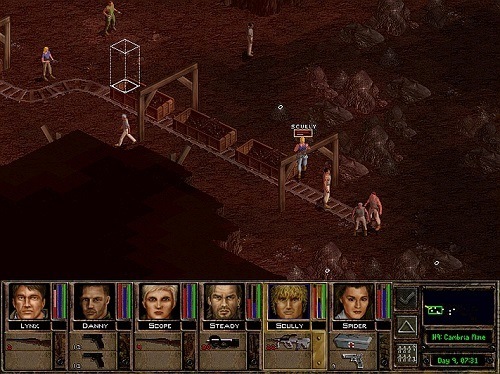 Your adventure will take you across Arulco, a small location ruled by a ruthless dictator. As you might expect your role in this story is to topple the dictator once and for all with the help of the local citizens and militia. The tools at your disposal in this fight are the hundreds of variants of mercenaries which you can recruit and equip them as necessary.

Unlocking all this equipment and the option to hire new mercenaries is slowly unleashed to the player which ensures the game has a great flow as you go from rag-tag team to well equipped deadly team. Character stats and skills also play an important role which slowly develop as your mercenary perform actions within the game.

A strong team is important but can only take you so far with many towns and territories to reclaim across the island a keen eye for strategy is also important. On a high level you’ll move troops across the sectors on the map and then engage in battle if you encounter the enemy within one of these sections. This is where the tactical elements shine as you move your troops in turn based tactical combat across a variety of terrains. 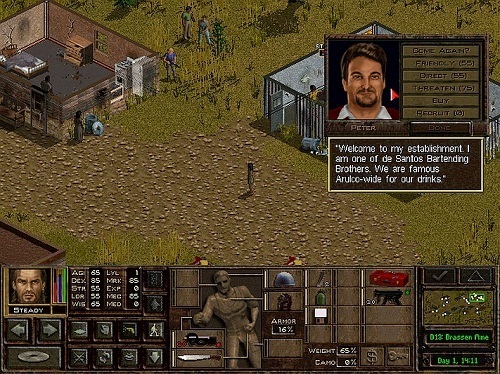 The mechanics are fairly typical of the genre with each character having limited action points to move, attack or perform other actions. Jagged Alliance 2 adds some interesting depth here by regenerating action points based on the status of your mercenaries and even some unspent points carrying over between turns. This is just the tip of the strategy iceberg though with plenty of room for stealth, careful weapon selection.

Of the classic tactical games that you can still access in the modern age of video games Jagged Alliance 2 is one of the best and a must experience for those that love a tactical adventure.