Jetpack Joyride challenges you to escape from a top secret lab with your stolen technology with the help of your jet pack. Despite the name of the game though this is no joyride for fun with players having to dodge electrical gates, missiles and all other sorts of obstacles in this side scrolling adventure with a secret agent inspired game theme. While free on mobile devices the game is a paid title on the PlayStation platform. 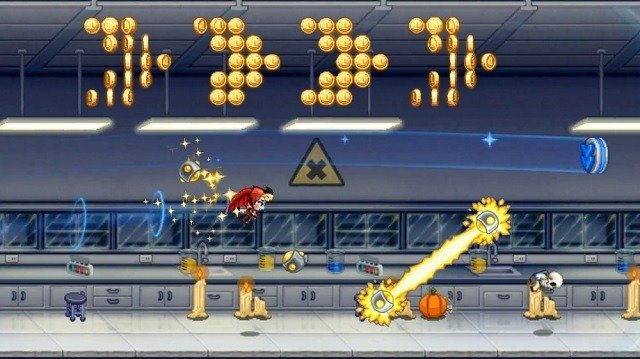 With a jetpack strapped to your back the gameplay in Jetpack Joyride is fast paced with control limited to tapping or holding down your finger to affect the height that your jet pack takes you. Reminiscent of the popular helicopter game this control scheme provides a surprising amount of depth and control requiring careful balance of power use. As an alternative players do also have the option to run along the ground although you’ll often miss coins this way, be unable to pass certain obstacles and it isn’t nearly as fun.

In addition to the unique gameplay of Jetpack Joyride the game differentiates itself by offering a huge range of customisation that let you change the main character (Barry Steakfries) and his equipment in multiple ways. This includes all sorts of fun clothing, single use utilities, gadgets to change the gameplay, different jetpacks and even a range of vehicles. While all of these bar utilities and vehicles are essentially cosmetic the consistent progress curve that these items offers ensures you always have a medium term goal to aim for and unlock. 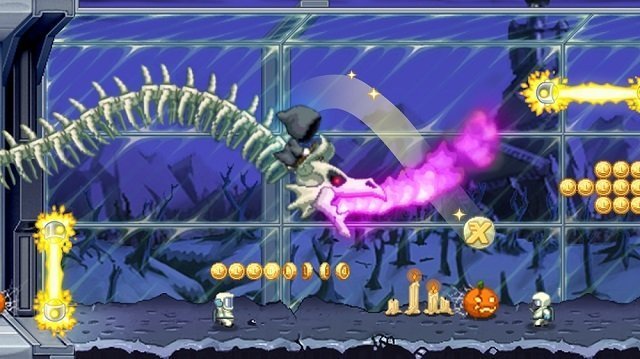 The vehicles in particular bring great variety to Jetpack Joyride and can be found randomly in each game and will last until you hit an obstacle, it’s a fantastic touch to the overall game flow and their strength combined with their randomised spawns ensures it is always exciting when one spawns. These vehicles include a dragon, motorbike, large mechanical walker and even a gravity suit that lets you swap between the roof and floor. The most interesting of these vehicles though is the crazy freaking teleporter which will have you randomly teleporting around which alters gameplay quite significantly while activated.

Given the sheer number of these items in Jetpack Joyride your path to unlocking them all is indeed a significant time investment though and number of items aside the time to unlock is a little higher when compared to similar games in the genre. This is most painfully evident in the early stages of your experience with the first hour giving players little to play with, although once over this hump Jetpack Joyride feels more comfortable. 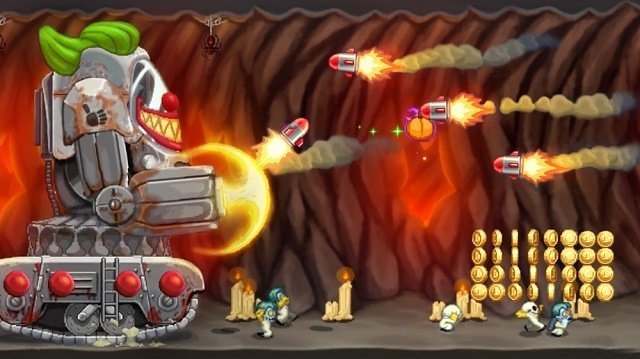 Other notable features of Jetpack Joyride include spin tokens that you’ll find randomly that are quite difficult to catch but allow you to win all sorts of prizes and again add an additional layer of randomisation and reward. Jetpack Joyride also takes screenshots of each run and allows you to save it to your photos for sharing with friends or social media.