Jewel Mania is heavily based on the popular game, Candy Crush Saga and is available on iOS and Android devices with familiar aesthetic and mechanics to the hit three match title and the many others in the saturated game genre. With hundreds of levels and a colourful but simple art style Jewel Mania is one of the big match three games to play on the go acquiring a community over over 10 million downloads with a steady drip feed of updates on iOS (although oddly not Android). 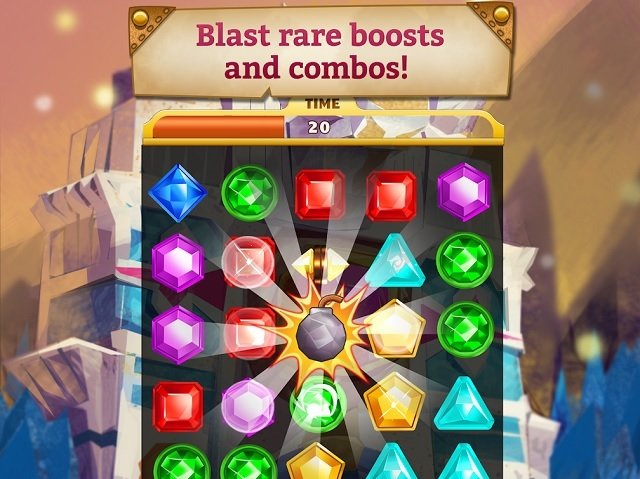 The game follows the adventures of a boy, girl and their dog (that loves to lick your screen as you complete every level) who are all presented in a cartoon colourful art style while providing basic context to the near endless levels. Overall these characters who quickly become familiar add a nice touch to the overall vibe of Jewel Mania although they have no impact on the core match three gameplay.

In a similar style to other games players will progress through a series of levels that each offer their own objective and challenge. These individual levels come in all sorts of shapes, sizes and settings so the game remains fresh with each play session. At present Jewel Mania hosts over 600 different levels giving it ample opportunity to stay installed on your device for months to come especially as you attempt to earn the coveted three stars on every level. Unfortunately with the ever increasing difficult these is likely out of reach for free to play players once they reach the upper end of the hundreds of levels. 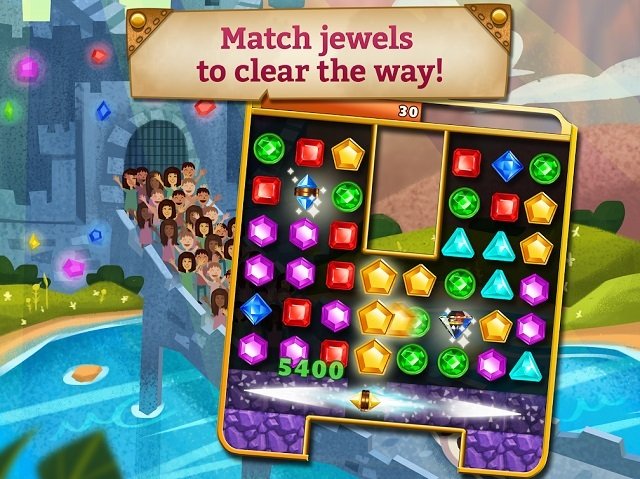 Achieving these stars is closely linked to the score you achieve in the limited number of moves which must also be used to complete the specific level objective. This objective might be reaching a certain score threshold, breaking all the glass in a level or other variants that puzzle match three players would be familiar with. In order to attempt a level players will have to spend a point of in game energy (maximum 5) which slowly regenerates over time in typical freemium mechanics and limits the length of continuous time you can play for.

Upon completing a level (and based on the number of stars you earn) players will be given an extra point of energy though along with some silver coins which can be used to purchase power ups. Power ups come in several varieties giving you extra score multiplier, bombs to clear the board or scramblers that can shuffle it instead. These boosting power ups are one time use on a per level attempt basis so it is easy to eat through your stock quickly for no gain. Additional power ups can be purchased for gold bars purchased with real money. 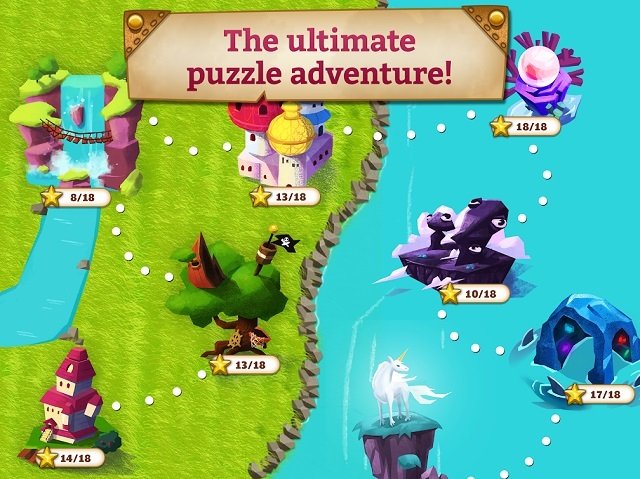 For the competitive puzzle player you can link up your Jewel Mania game with Facebook to share your success and compete against your friends which definitely takes the game to the next level as you try to claim the title of Jewel Mania King or Queen from your friends.

This review was first published on January 31, 2014. Read our update policy to learn more.

Games Finder is a Steam Curator and featured in the aggregate review scores data of MobyGames and Neoseeker.
FEATURED ON
Games Like Bejeweled, Games Like Candy Crush Saga, Games Like Cookie Jam
2 COMMENTS
LEAVE A REPLY Cancel Reply