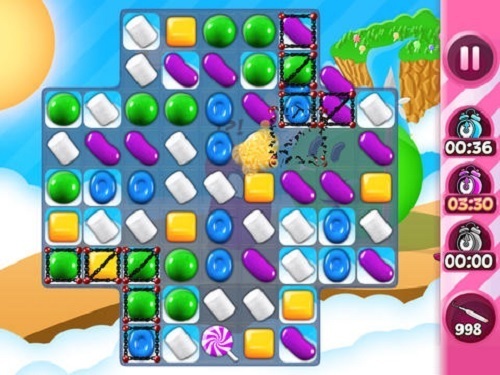 Every level in the game is the same experience with players having to remove the background from every tile on the game board to beat a level. In order to do this players must match up candy of the same colour in groups of three by swapping tiles around (a concept nearly everybody will be familiar with).

When a match is made the tile background of the match is removed. Players can also remove sections using tools which can remove one tile from anywhere on the screen. You’ll get a small supply of these to start but can purchase more at any time.

The challenge in Jewel World Candy Edition comes from the ever changing layout of the screen which often leaves some awkward corners and strange shapes which are difficult to clear. The game is split into an easy section and a hard section with 24 levels of each available for free to players. You’ll need some impressive skills to clear thehard levels though which introduces locked down candy which you cannot move, requiring you to bring similar candies to that spot instead. 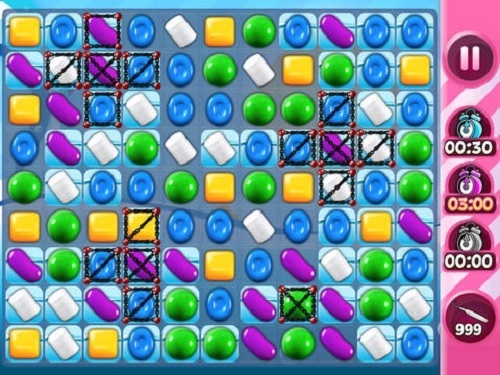 Using these special matches carefully is vital in some of harder levels and actually does add some strategy around how you move them around the game board and when you use them.

Combined with plenty of achievements and score tracking you’ll get plenty of hours from Jewel World Candy Edition.