Originally a PlayStation exclusive title Journey is a mysterious, moving and impressive video game that has a relaxing effect on players as they explore the endless sand dunes and ruins of the game world. Playing as a robed figure in the vast desert sands you’ll strive to reach the mountain far off in the distance while encountering other players on the same journey without a single piece of dialogue. Players can communicate with subtle chimes and their names are also completely hidden from each other to maintain immersion until you reach the end credits where you can see the names of those that helped you on your own journey. 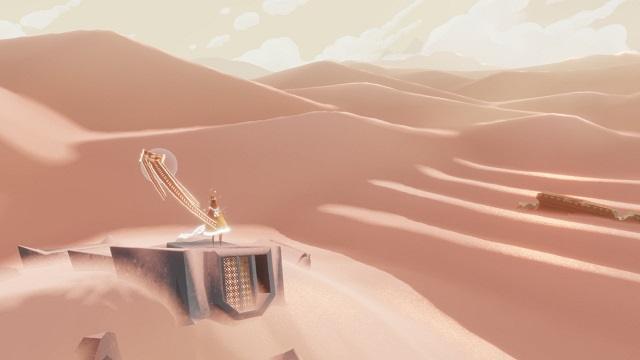 As the name implies the game is all about the journey with a reasonable amount of story woven into this adventure which is all told without the use of words and instead relies on the things you discover through gameplay and a number of simple game cutscenes. Players start this Journey adventure surrounded by sand dunes which gives the impression of a far reaching desert in all directions and designed to make players feel small in a large expansion world. You’re only clue as to the direction you must head is the looming mountain in the distance that almost calls to players towards it with its glow.

Playing as this robed figure you head in the direction of this mysterious mountain at which point the sand begins to wash away and leaves you with pieces to the story behind the world such as the remnants of a clearly once thriving civilization. With each new remnant you find you’ll discover stones that give players a glimpse of a robed white figure in a painted room that features the rise and fall of the civilization you’re slowly discovering with each step forward. All throughout this adventure you’ll experience a dynamic soundtrack that matches the actions and pacing you undertake to help build that sense of your own personal journey. 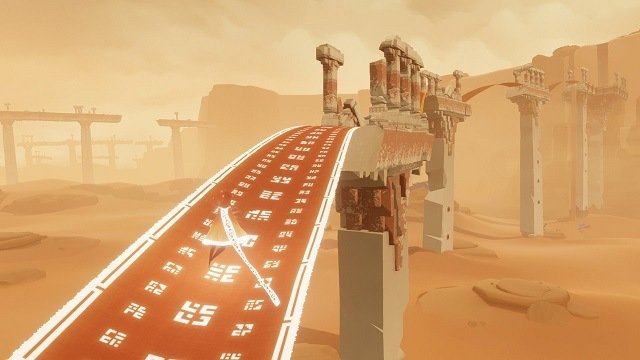 Journey gameplay is fairly minimal with players able to control their characters direction, perform a jump or emit a short sound that has a visual and audio indicator. This short sound is also key to interacting with the game world which may reveal bridges or new paths for the player to continue on.

Players can also expand the length of their scarf throughout the game that gives you an additional sense of change through the story and is charged through a number of methods such as being near other players or floating near various pieces of red cloth before discharging it to briefly fly. The most notable gameplay element though is the way players will temporarily appear in each others game, potentially giving clues or simply a travel companion. 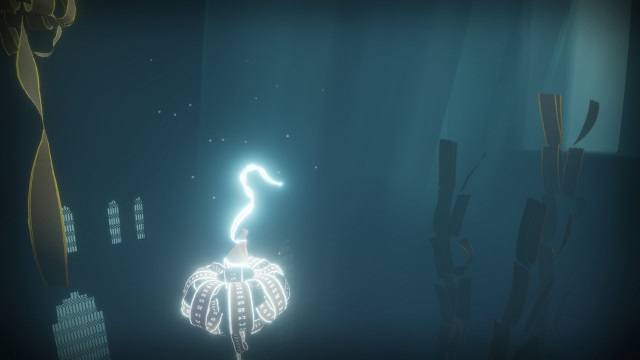 While mostly a relaxing journey you will need to employ some avoidance as in addition to this discovery players will occasionally encounter ancient automations that still roam the desolate land seeking intruders and will cut your accumulated scarf. Eventually players will reach the mountain which hides a large city at its base where your journey reaches its climatic end. Journey is indeed a mesmerising experience albeit a short one that you can complete in under 5 hours although still worth experiencing especially if you have an appreciation for the artistic side of game design.

Games Finder is a Steam Curator and featured in the aggregate review scores data of MobyGames and Neoseeker.
FEATURED ON
Games Like Dear Esther, Games Like Firewatch, Games Like Gone Home, Games Like Machinarium, Games Like Ori and the Blind Forest, Games Like Shadow of the Colossus
LEAVE A REPLY Cancel Reply