From the same company that brought you Jungle Heat now comes Jungle Clash, a title that blends a number of strategy mechanics into a single mobile PvP based game and takes clear inspiration from the top mobile titles in the genre. Available on iOS and Android Jungle Clash offers a familiar framework where you’ll battle AI and other players with the goal to acquire ranks as you constantly improve your strategy and available units. 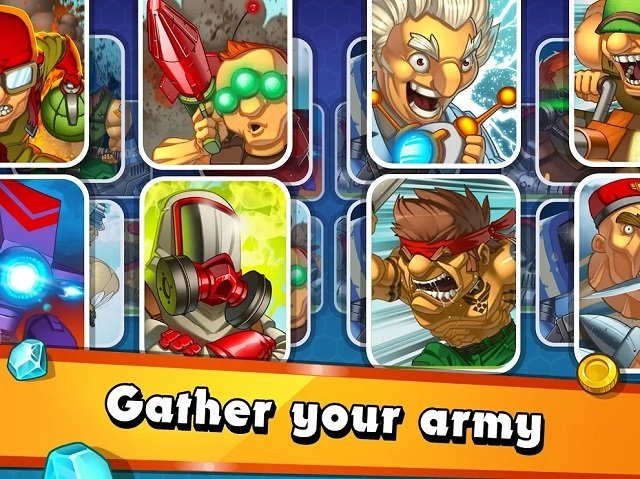 At it’s core Jungle Clash is still the same game with each player having 3 defensive towers as the foundation of their base in each match. Your objective in these matches is to take out the enemy units that stand in your way and ultimately destroy the enemy towers to claim victory. Those that earn victory will earn a healthy amount of currency rewards to power you for your next fight and those beyond with new unit options. Games are also time limited to ensure they don’t go on endlessly with the winner decided based on overall damage done to these 3 structures. 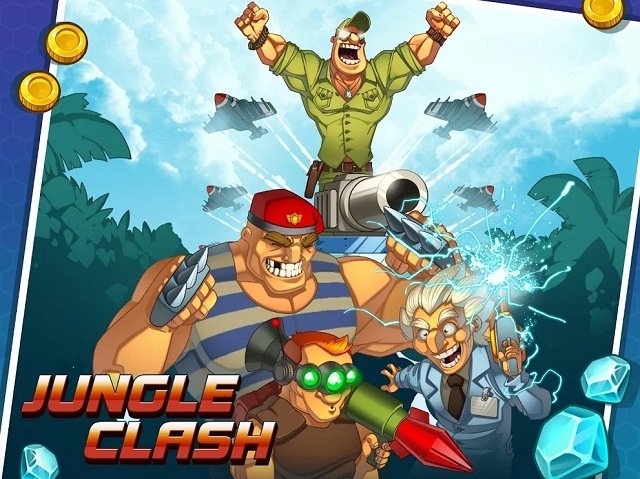 Summoning in cards during matches requires players to spend their dogtag currency which generates slowly at the same pace for both players and grows in pace as the game progresses to give you a sense of escalating conflict. This system design allows multiple strategies to thrive as players adopt a low cost dogtag army or save up for more powerful units to achieve victory.

Jungle Clash does pull some inspiration from Jungle Heat with familiar unit designs that make an appearance in this version. Cards such as the sniper, soldiers and rockets are common themes in most early to mid game armies although may be replaced with legendary cards as you climb the game rankings. Cards fall into categories or common, rare and legendary which does increase their potency and flexibility and generally have escalating dogtag resource costs. Regardless of rank though all of your collected cards will level up as you acquire more to increase their strength so even duplicates serve some purpose in your army. 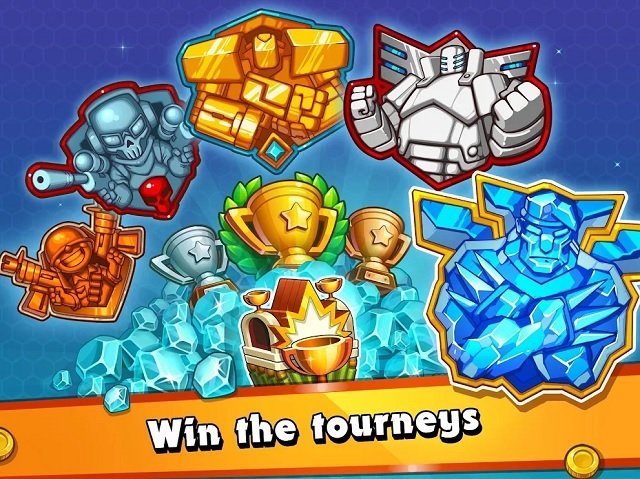 All of these cards belong to a particular type as well being troop, building or support that define their overall role. Troops are the fundamental of any strategy and can be played offensively or defensively to counter your opponents summons, similarly support is useful in a wide range of situations giving you additional damage at key moments. Buildings are generally defensive in nature, serving as another stationary platform for troops to deploy from or shoot at incoming enemies. Each of these card types in Jungle Clash is also paired with your choice of army General who stands over your army and offers unique powers that can be used to change the momentum of battle.

Games Finder is a Steam Curator and featured in the aggregate review scores data of MobyGames and Neoseeker.
FEATURED ON
Games Like Clash Royale
LEAVE A REPLY Cancel Reply