Welcome to the jungle we’ve got another Clash of Clans clone. Jungle Heat belongs to the ever growing genre of base building strategy games that dominated both the mobile game market in 2013. Is it just another boring attempt to make some money or does the game offer enough to stand on its own feet? 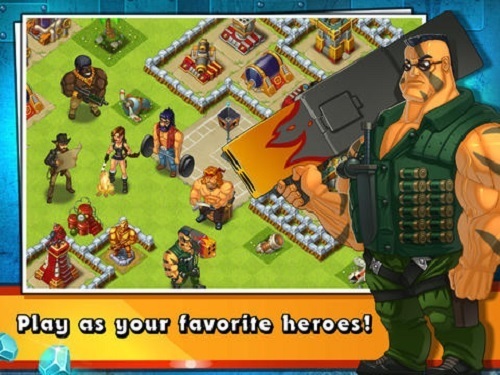 Jungle Heat steps away from the many games in the genre that offer a medieval or fantasy setting and instead focuses on a military theme. Buildings and troops all have a very present day military feel with units like the rifleman, gunner and black hawk helicopter making up your army.

As the name suggests the game is based within a jungle environment with gives it an almost guerrilla warfare feel. Players must develop their own base surrounded by jungle using the large number of buildings at their disposal. Buildings include a barracks to train your troops, a lab to research upgrades and plenty of defensive structures.

Jungle Heat relies on two different core currencies (gold and oil) with a third premium currency (gems). Gold and oil must both be harvested over time using a gold mine or oil rig and require adequate storage buildings.

Players can also accumulate these resources by attacking other players or taking part in the single player portion of the game. It’s also just as easy to lose these resources to attackers making your base design an important element of Jungle Heat (just like the many other games in the genre). 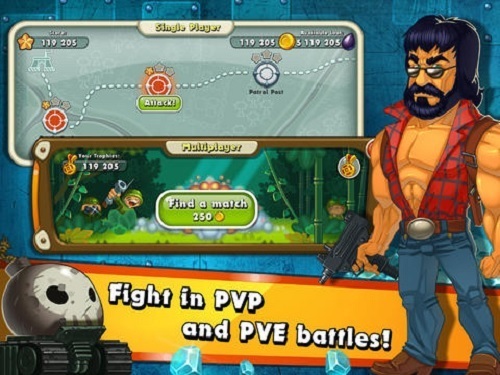 No strategic base building game is complete without a competition and social element which is one of the strongest features in Jungle Heart. Players can easily create their own clans to team up with their current friends or make new ones. While on the competitive side of things you can compete on scoreboards and tournaments to prove yourself.

While the overall gameplay of Jungle Heat isn’t anything new the military setting is a really nice change in the genre.

Games Finder is a Steam Curator and featured in the aggregate review scores data of MobyGames and Neoseeker.
FEATURED ON
Games Like Boom Beach, Games Like Clash of Clans
1 COMMENTS
LEAVE A REPLY Cancel Reply