Junk Jack is possibly the best sandbox games available on your iOS device. Junk Jack offers a randomly generated game world for players to explore while you craft, build and hopefully survive. Junk Jack was developed by the indie game company known as Pixbits. 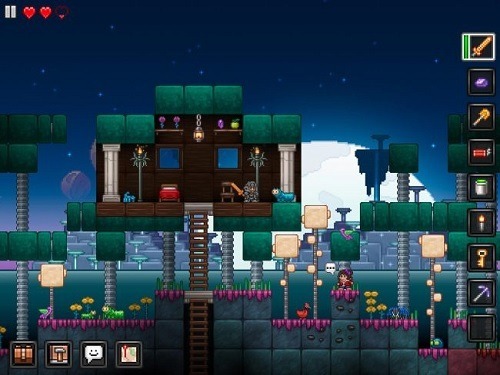 The core gameplay of Junk Jack focuses on exploration, with players spending much of their time exploring the randomly generated world in search of various resources and hidden treasures. The game offers plenty of biomes to give the game a realistic feel along with plenty of different monsters to give the game great variety (especially considering it is only an iOS game).

Mining also plays a large role in Junk Jack and allows players to collect resources and gems to create items. There are hundreds of items players can craft including food, weapons, tools and even furniture to decorate your home. Best of all Junk Jack features a handy crafting book where you can keep track of all your recipes.

The fun doesn’t stop there though as Junk Jack also allows players to build, battle monsters, farm, breed and even upgrade your weaponry with gems that you find deep within the earth. Even just enjoying the retro style pixel graphics and listening to some of the amazing soundtracks is a treat in Junk Jack.

Other notable features that Junk Jack offers includes day/night cycles, unique underground biomes to create varied dungeon experiences, a mini map, plenty of explosive weapons, several game slots, a ridiculous number of blocks, recipes, treasures and things to craft. With all these game features to explore you will quickly be hooked on the gameplay that Junk Jack has to offer. 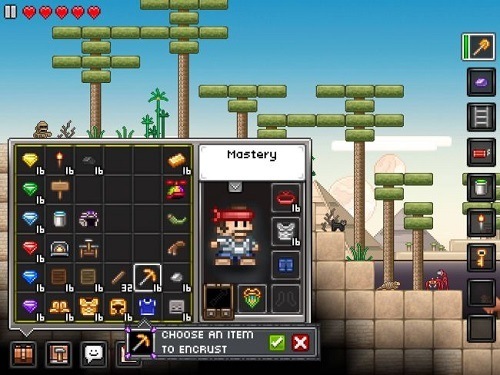 If you are a fan of Minecraft or Terraria and looking for an iOS game to play then Junk Jack should be at the top of your list and is well worth the small price. Like most iOS games Junk Jack receives regular content updates and even saw a revised edition of the game released two years after the original which offers very similar gameplay.

This review was first published on September 16, 2014. Read our update policy to learn more.

Games Finder is a Steam Curator and featured in the aggregate review scores data of MobyGames and Neoseeker.
FEATURED ON
Games Like Growtopia, Games Like Minecraft, Games Like Starbound, Games Like Terraria
LEAVE A REPLY Cancel Reply