Just Cause 2 offers similar gameplay to its predecessor with players again playing as Rico Rodriguez as he attempts to save the world from an evil dictator. The game is based on an island setting with plenty of movie style action within the game as players trek across the diverse island location while engaging in first person combat and other open world activities. 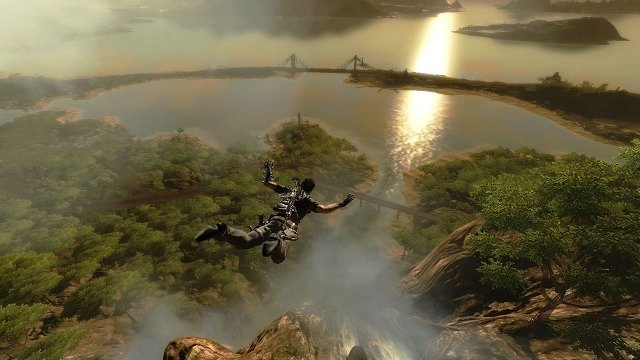 This Just Cause 2 island is known as the island of Panau which is a fictional island based on real world Southeast Asia themes. With an island significantly larger than the first Just Cause adventure at approximately 400 square miles it’s a diverse location for your adventure as Rico who is there on Agency business to overthrow the dictator known as Pandak “Baby” Panay. In addition the Just Cause 2 story centres around a face off against your own former mentor of Tom Sheldon with many hostile militants between these two main objectives.

This story plays out across the large open world experience so players are free to tackle the game in the order that they please and can completely ignore the main quest line for as long as they desire by completing side quests and activities. Just like in the original Just Cause this is even somewhat encouraged as players have the opportunity to side with a number of factions on the island in order to gain enough power to assault the new dictator and take them down from their position of power. 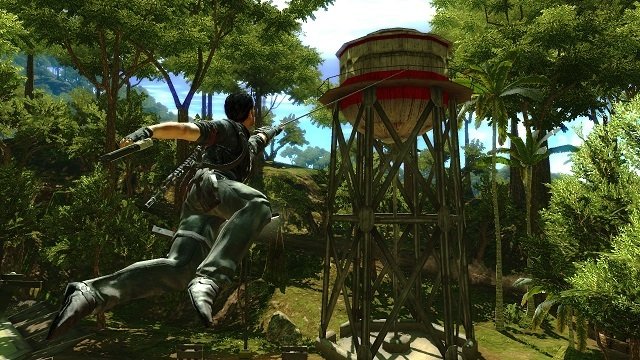 Central to this and progress in your game is measured by Chaos which is earned from side missions, destruction of government held property and by helping the various factions. In between these settlements held by government militant forces you’ll also find a range of desert, jungles, mountains and water spaces to ensure diverse visual and gameplay experiences. As your Chaos grows so does your list of available quests and missions with players eventually being able to claim land on behalf of their faction which increases their area of influence within the game. This influence also ties in closely with earning game currency that is spent on unlocking new weapon choices for the player to utilise.

Weapons are central to the action movie style of gameplay with weapon types including a broad set of pistols, rifles, explosives, shotguns, machine guns and rocket launchers that each have a delivery price tag. This is just one tool in your Just Cause 2 arsenal though with a number of stationary weapons on the game vehicles that are equally effective for a fast playstyle. To further support your exploration of the island and cause destruction players have access to a new utility grappling hook tool that serves both as a method of transport but also one of chaos generation as you tether explosive objects together. The parachute of the original Just Cause title also returns although has been enhanced with new options for deployment. 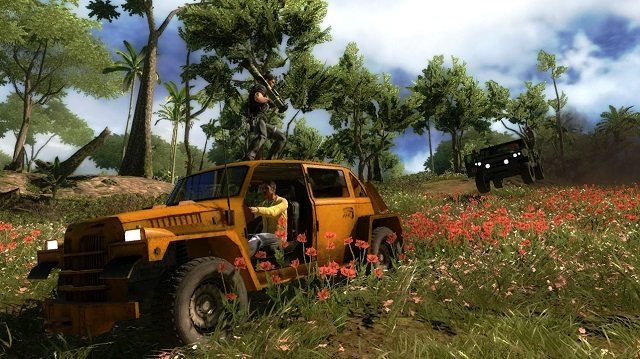 With everything coming together Just Cause 2 is a great addition to the series and continues where the original left off with some nice improvements to enhance the gameplay even further for the open world adventure orientated player.