Just Cause is an action adventure game that has players taking control of an agent and exploring an open world tropical environment. The game launched in 2006 with its success leading to a sequel 4 years later. 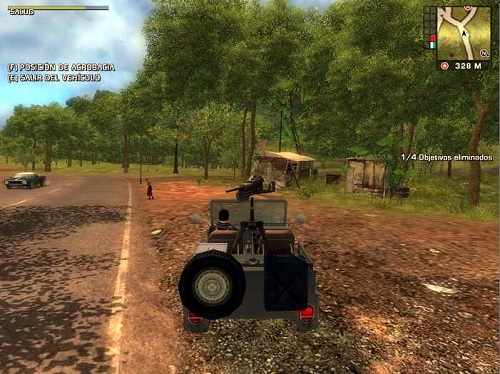 In the game players will jump into the shoes of Rico Rodriguez, one of the top agents for an organisation known only as the Agency. It is your job to stop the corrupt government on the tropical island of San Esperito and capture any weapons of mass destruction that they have been stockpiling.

In the game you’ll meet up with fellow agents and side with the rebellion in an attempt to undermine the government and make a run for their stronghold.

Just Cause is a game that is all about player freedom and lets you tackle the main story missions in multiple ways. Players can choose to even blow off the main story entirely and simply explore what the island has to offer or focus on the hundreds of side missions that are scattered around the impressively large game island. Side missions have great variety and generally tie into the main storyline by weakening the government and giving the player reputation with the rebel factions.

Gameplay in Just Cause is heavily focused around shooting and driving with a great variety of vehicles available to players. Beyond the standard cars players can also take control of boats, helicopters, aircraft and even motorcycles to get around the island. 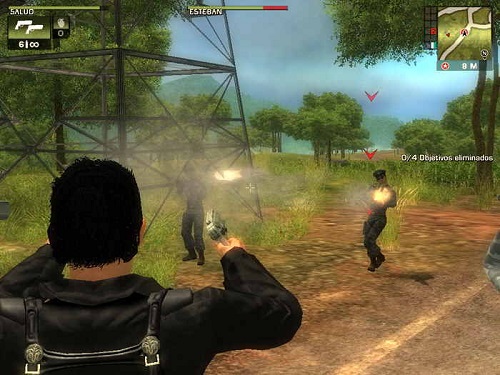 Performing stunts is also encouraged giving the game an action movie feel to it. Stunts include jumping from car to car, skydiving, parasailing and even base jumping.

If you want a game that doesn’t take itself too seriously with over the top explosions and tonnes of ridiculous stunts for players to attempt you’ll like the action and free roam blend of Just Cause.