Keep Talking and Nobody Explodes is a game about defusing randomised bombs with the help of your friends. The unique premise of the game has captivated an audience quickly and ideal for group or partner play. 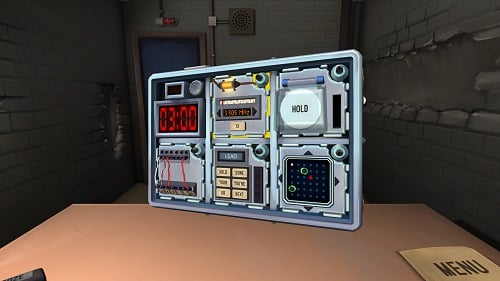 Each game starts with one player inside a sealed off room with a bomb in front of them, which is randomly generated with each game, ensuring you always have a challenging experience.

While one player can see the bomb the idea of the game is that a second player (or several other players) look at the bomb manual and feed the instructions to disable the bomb without looking at the bomb themselves. Accordingly Keep Talking and Nobody Explodes requires careful communication and comparison between the 26 page manual and the bomb modules. These two teams are generally referred to the “Defuser” and the “Experts” with bomb manual

These modules increase in number as you advance further through the game and are a self contained puzzles that each require a different interaction. From wires to passwords, buttons and countless other modules each is complex and constantly changes each game to keep you on your toes. Players are able to attempt each module independently in any order although some more advanced modules require constant attention to prevent explosion. 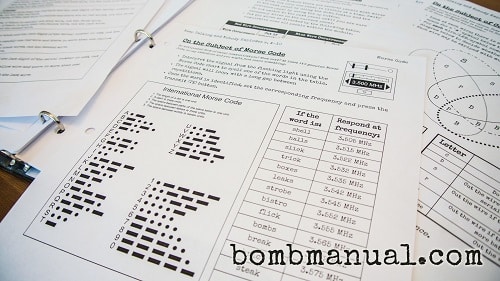 Answers to modules are also influenced by other features of the bomb such as the serial number, number of batteries attached or the number of strikes the player has used so far. These strikes change with each level although the majority allow 3 with some levels only allowing a single mistake before bomb explosion.

Keep Talking and Nobody Explodes takes a unique approach to gaming with a title that requires careful analysis between the manual and bomb. It is often hilarious, fast paced and puzzling all at once.

This review was first published on March 20, 2016. Read our update policy to learn more.

Games Finder is a Steam Curator and featured in the aggregate review scores data of MobyGames and Neoseeker.
FEATURED ON
Games Like Overcooked, Games Like Papers Please
LEAVE A REPLY Cancel Reply

Keep Talking and Nobody Explodes