The Kerbal Space Program has you leading your own space program in a sandbox environment. The game has great appeal to fans of the sandbox genre and in particular people that have an interest in space travel. 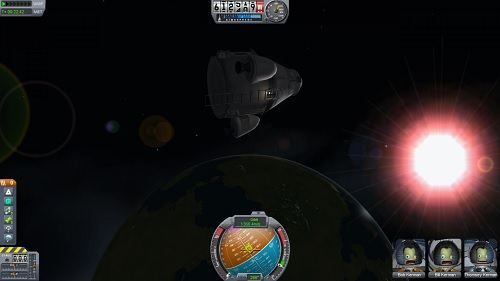 The game first launched back in 2011 and has slowly been developed and improved, eventually making its way to Steam in March 2013. In the game, players take control of their own newly developed space program which is operated by the Kerbals (a species of small green humanoids). These Kerbals are extremely willing to provide any resources necessary and a never ending supply of volunteers for you to send to space.

Most of the gameplay will have you constructing various rockets and other spaceplanes. You have a near endless number of options to choose from as you construct these devices from engines, fuel tanks and many other components.

Once you’ve successfully launched one of your spacecrafts into space you can either place it in orbit or send it out to visit other planets to conduct scientific research. You can even take control of Kerbals and go on space walks on planets that you land on which is a great reward for your hard work. 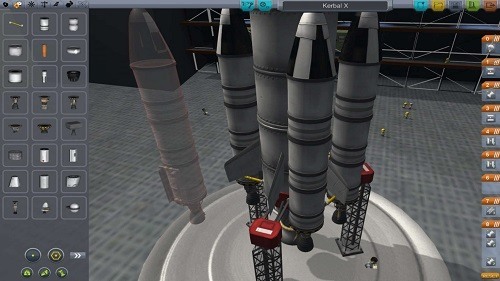 Without any specific goals in the game players are free to spend their time how they want and a lot of your time will be spent learning the various components available to you and unsuccessfully launching a number of crafts until you get it right, this learning process is extremely enjoyable and often hilarious as your spaceship can barely get off the ground.

For players that prefer a bit more structure the game does include a career mode to play through and also helps you get your head around the game features more easily. With strong support for modding the possibilities for the game are endless and the fun you’ll have is equally endless.

Games Finder is a Steam Curator and featured in the aggregate review scores data of MobyGames and Neoseeker.
FEATURED ON
Games Like GMod, Games Like Minecraft, Games Like No Man's Sky, Games Like Spore
LEAVE A REPLY Cancel Reply