Khan Wars is a medieval strategy game that combines competitive gameplay, in depth combat and a great learning curve into a browser adventure. Create a name for yourself as you make an empire and army to smite your opponents on the field of battle. 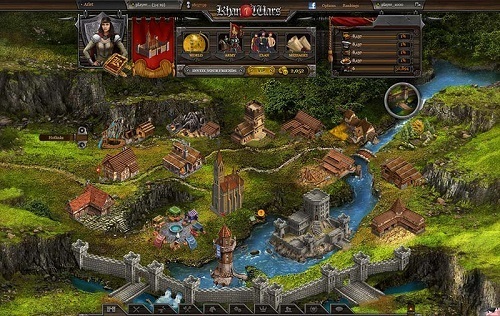 You’ll quickly realise that depth is the focus of Khan Wars as after registration you are faced with your first decision which involves choosing your nation. While some games might have three simple choices Khan Wars has a dozen very unique nations that have half a dozen unique properties along with a unique unit and special ability. This gives you plenty of incentive to play again and again on each new server to try out a different strategy in an attempt to claim the top of the rankings.

The foundation of any good empire is in their economy and this is exactly where you’re early attention in Khan Wars will be directed through the games directional quests (although for experienced players you can opt to create your economic buildings in your own order). You’ll have 5 resources to manage in Khan Wars (gold, iron, wood, food and population) that each serve their own purpose. Depending on your buildings and their level you’ll earn an amount of these resources over time which you can strategically spend to meet your goals.

These goals are left to the player for the most part with room to focus more on creating the most economically powerful city in the world or opting to conquer other players instead. Regardless of your ideal outcome you’ll find the core gameplay similar as you take resources from the land, invest them in buildings and train an army. You’ll also find a host of extra activities to keep you busy from training, equipping and promoting your own knights which will adventure around your province to investigate caravans or clear out bandits. 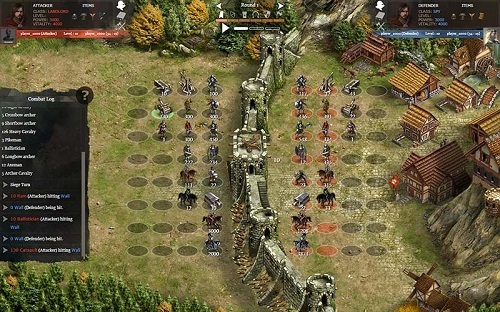 Combat is equally fleshed out with players given a fair amount of control over the outcome of a particular battle through the army orders system that lets you create formations (and save them) for use in battle. Understanding each units strength and supporting that with the blacksmith to create weapons and armours means the choice here is well above what you may have experienced elsewhere.

With so much depth Khan Wars sets a new level in the strategy MMO genre and with constant developments bringing new depth with every update it will continue to grow with time.