Marking the third game in the Killer Instinct this 2013 release served as a free launch title on the Xbox One, eventually also coming to the Windows 10 platform. Allowing players to play for free with a rotatable free character list while unlocking additional fighters. This freemium model design stands out as unique amongst other fighting games and had the bonus effect of ensuring there was a sizeable audience outside of the usual core hardcore fighting game fans. More recently a Steam version has been released which allowed a one time purchase to unlock all the content from the beginning.

With a starting pool of Killer Instinct fighters from past games like Jago and Orchid fans of the past titles will feel right at home with some of their favourite fighters. In addition though you’ll find plenty of new fighting faces ready to step into the ring and lay claim to the number one fighter. Like many in the genre all of these fighters can be played across single player and multiplayer game modes with unlockable costumes and accessories for achieving certain feats to show off your achievements in game. 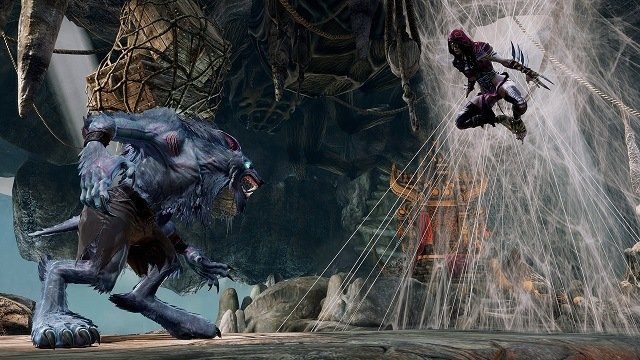 These modes include a cinematic story experience, dojo tutorials, AI combat and casual or competitive multiplayer with corresponding ranked leagues. Your arenas for these battles are 20 high quality stages that all have some element of environmental destruction to them.

When it comes time to actually throw the first punch or kick you’ll find that similar to the originals and other fighting games Killer Instinct relies on the formula of traditional combos with the likes of special openers to start a deadly combo and auto-double attacks. The likes of finishers, linkages and even manuals also play a pivotal role for a highly combo driven fighting experience that is clearly geared towards the intermediate to expert although is made slightly more accessible with automatic combo elements. 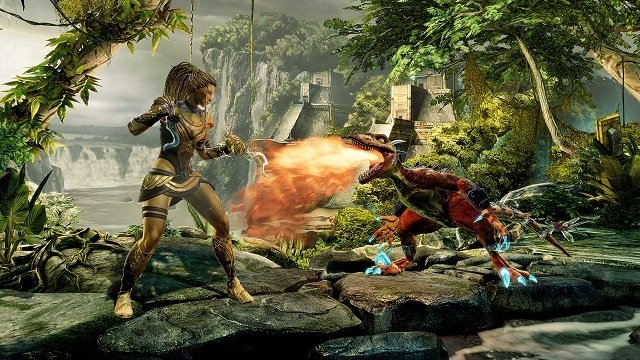 Well practised players have all the tools to escape said combos though and even have the ability to perform combo breakers although even these breakers have a counter breaker to watch out for. That’s not to say newcomers can’t enjoy this free to play fighting experience though with a robust array of Dojo training manuals and training tools to improve or find the appropriately balanced challenge.

With the likes of tutorials, record-able dummies and even viewable hit boxes you can step into the PvP environment confident in your ability to climb the monthly league system to give you some tangible progress. The most impressive training tool lies in the Shadow Lab, a mode that studies playstyle and creates an AI fighter based on the information allowing you to practice against specific weaknesses that your own fighting style might have. 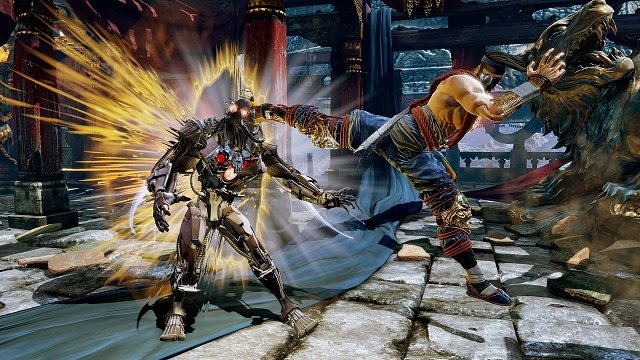 For new features over the past Killer Instinct titles a new Instinct Mode which fills up over time to trigger a unique ability for your character has been introduced which can boost your speed, damage or defences to overcome a particularly difficult opponent. Alternatively you an use your meter to instantly break out of a combo or reset the knockdown counter during your own combo (which limits the lengths of combos) and thus provides some tactical element while balancing it against your opponent’s usage. Uniquely in these battles Killer instinct doesn’t feature a traditional round system either and adopts a two bar energy system that makes it reminiscent of the stock mechanic of Super Smash Bros.

Killer Instinct is notable for its attempt to bring a high quality freemium title to console and Windows and with the rich feature list is worthy of a bout or two.

Games Finder is a Steam Curator and featured in the aggregate review scores data of MobyGames and Neoseeker.
FEATURED ON
Games Like Mortal Kombat, Games Like Super Smash Bros
LEAVE A REPLY Cancel Reply