Killing Floor is a co-operative game that matches a team of players against zombie like enemies in a series of increasingly difficult waves. Your key to success lies within leveraging the map designed choke points and complimenting each other through the class system that provides tangible in game benefits as you acquire experience in a particular class. While the game is best enjoyed with close friends players can also tackle the game solo or join a server with other players in the community with Killing Floor available on both PC, Mac and Linux. 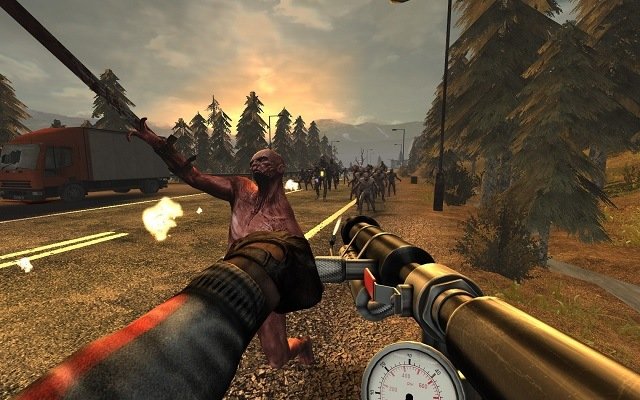 Killing floor features little in terms of story outside of a chemical outbreak centred in London and slowly spreading throughout Europe and instead opts to focus on creating an addicting co-operative gameplay experience across a diverse number of environment maps. These maps include the likes of city streets, abandoned buildings and even open farmland which each require a different strategy from fortifying a single area to constantly being on the move. Regardless of map though your objective in Killing Floor is fundamentally the same with waves of various monsters spawning and attempting to kill the player before a final boss fight against the powerful Patriarch.

As one would expect the waves feature a range of tiers of opponents (known as specimen) from slow moving common specimen to fast spider like crawlers and faster moving variants that are more aggressive and can dish out considerably more damage. Along with the variation of enemy types the waves also come with their own number of total enemies and in turn the amount of money that players accumulate for kills. 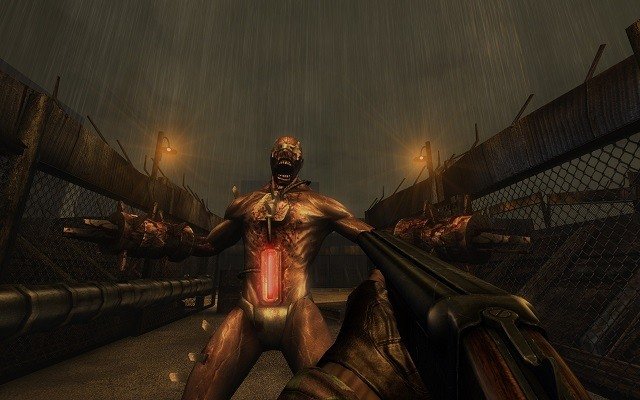 This money collected is then able to be spent at the wandering trader who appears in several predetermined locations at random to encourage players to move around the map with a limited open window. This trader sells weapons, ammo and armour which can all assist with upcoming difficult waves. By upgrading your starting melee, assault rifle, shotgun and rifles into higher tier variants while also enabling you to access powerful weapons such as grenade launchers.

Underpinning these decisions is the class perk system which offers seen different perks of field medic, support specialist, sharpshooter, commando, berserker, firebug and demolitions. These perk names are fairly self explanatory with the field medic focuses on healing damage with some of the highest movement speed in the game while also starting with body armour at level 5. This level 5 unlock is a recurring theme across perks that let you start with an additional weapon and essentially required for the harder difficultly levels to be an effective team member. In order to reach this rank though players will have to achieve certain milestones with the perks that are generally related to their playstyle such as healing or dealing a certain amount of damage with a particular weapon archetype. 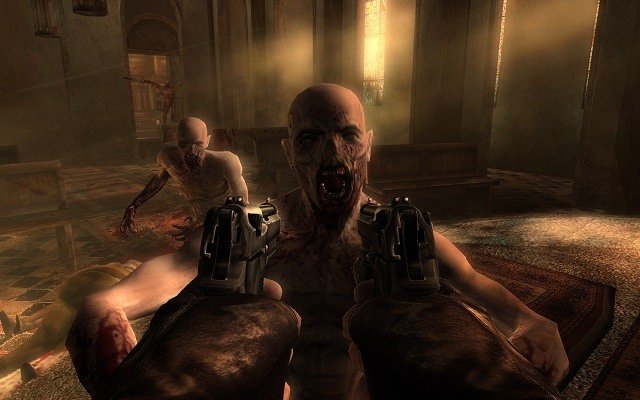 To further build on the co-operative focus of Killing Floor all resources are shareable with players able to heal each other and also weld doors shut to funnel enemies which gives the game some strategy elements at higher difficulties and requires careful communication.

As a game that you can jump right in and play a few rounds with your friends every now and then Killing Floor is perfect and it provides additional depth and longevity through the brutally tough higher difficulties and the underlying perk system to give you a sense of progress throughout.

This review was first published on October 20, 2014. Read our update policy to learn more.

Games Finder is a Steam Curator and featured in the aggregate review scores data of MobyGames and Neoseeker.
FEATURED ON
Games Like Dead Island, Games Like Doom
LEAVE A REPLY Cancel Reply