Killzone 3 continues the Killzone experience and offers a great level of immersion with impressive environments and realistic character movements. 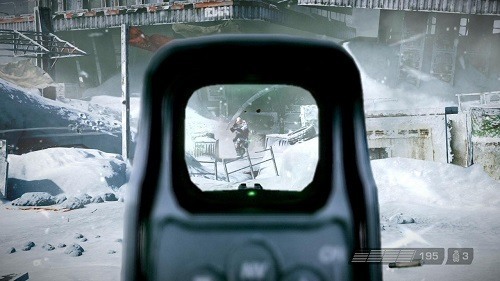 The story hasn’t received as much love as previous games in the series but still provides enough of a backdrop to keep you interested. Players will get to experience a story that jumps around a lot in Killzone 3 but the action solely revolves around being stranded on a now alien infested planet (the Helghast for players unfamiliar with the franchise).

Gameplay is in line with other shooters in the genre and features all the standard mission types that will have players sniping and assaulting their enemies across a wide range of locations. There is also a decent number of vehicle based sequences which help to break up the shooter experience. All the locations are wonderfully crafted and always feel different both from a visual and level layout perspective.

The two best features of the core gameplay though is the jetpack and brutal melee attacks that the player can employ. The jetpack will help you get around in a small handful of missions and is constantly used by your enemies giving them significantly more movement options than you. While the melee attacks are a great way to get personal with your enemy and are even present in the multiplayer environment. 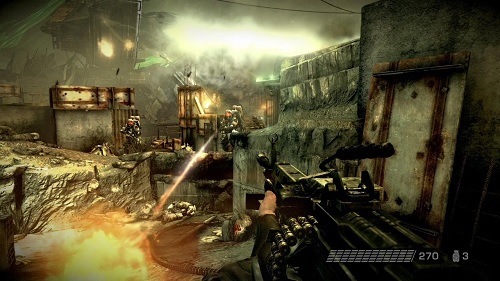 Multiplayer rounds out the Killzone 3 experience with three typical game modes for players to choose from along with a good number of varied map designs that don’t get old too quickly thanks to their solid designs. Like many modern first person shooters Killzone 3 also has different class options for players with plenty of unlockables earned for play time.

The game is definitely one of the better FPS games out there, it doesn’t innovate by any means but it does deliver a game with plenty of polish.

Games Finder is a Steam Curator and featured in the aggregate review scores data of MobyGames and Neoseeker.
FEATURED ON
Games Like Crysis, Games Like Doom, Games Like Half Life, Games Like Halo
LEAVE A REPLY Cancel Reply