King Arthur’s Gold (KAG) is a unique multiplayer action game that has a similar gameplay feel the likes of Terraria. The game was developed by Transhuman Design and offers a free version along with a premium version that unlocks a number of game extras and most of the core gameplay. 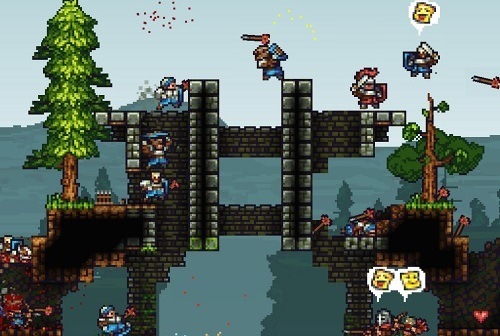 KAG offers various game types but the core gameplay revolves around the collection of resources, building of structures and then constructing various machines in order to conquer the other team through PvP warfare.

Players will play as one of two teams in most game modes and battle over a randomly generated map in up to 64 player action. While other game modes combine the core gameplay of building, combat and destruction to varying degrees. Game modes include a sandbox mode, capture the flag, team deathmatch and the single player zombie invasion.

In King Arthur’s Gold players pick one of three different classes (Knight, Archer and Builder). These classes in KAG are pretty self explanatory with the Knight playing the role of a melee warrior that has significantly more durability than the other classes while the Archer attacks from range and has more agility. The final class on offer is of course focused on the building side of King Arthur’s Gold and play an important role in the success of a team. 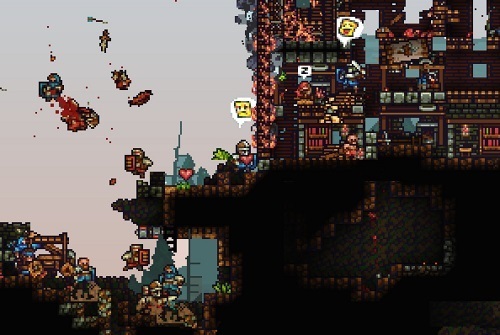 KAG manages to hit that sweet spot between simple to learn but deep (and addicting) enough that you will want to play the game over and over again.

Each game is a different experience thanks to the different strategies and classes that you can use and the strategies that your enemy will utilise against you.

Games Finder is a Steam Curator and featured in the aggregate review scores data of MobyGames and Neoseeker.
FEATURED ON
Games Like Castle Crashers, Games Like Mini Militia, Games Like Risk of Rain, Games Like Terraria
LEAVE A REPLY Cancel Reply