Kingdoms of Amalur: Reckoning takes players to a fantasy world where you’ll explore a diverse range of regions with their own story, battles and challenges. As an action role playing title this sprawling game world is paired with a dynamic combat system that lets you swing melee weapons or cast powerful magic on your enemies. Originally released in 2012 a remastered version (Re-Reckoning) was released in 2020 that brought the adventure to modern consoles in the process. Offering revitalised graphics and a small number of game tweaks the remaster stays true to the original vision of the franchise.

Regardless of the version Kingdoms of Amalur focuses on players being able to craft their perfect RPG character by selecting from the large array of equipment, skills and combat types that constantly pushes you to new powers throughout your adventure. While encouraged to utilise both the melee and magic systems as one players are free to build their character to focus on either one with the backdrop of a war torn landscape that is simply packed full of content, lore and characters to meet. 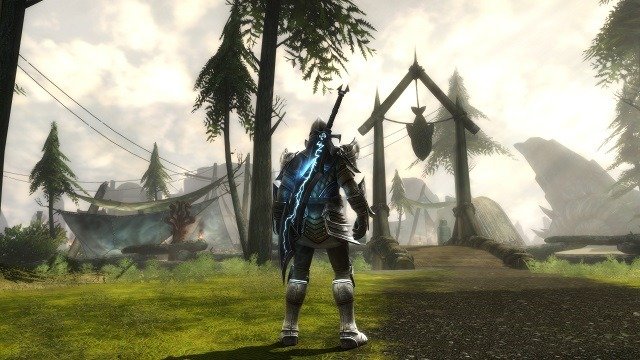 Set in a world known as the Faelands Kingdoms of Amalur is a world of immortal beings known as the Fae who upon death are reborn into a different body until the end of time. Spread across the Faelands though are also mortal races that have settled in the various marshes, forests and plain regions with humans, elves and the gnomes making appearances. To add further mystery and fantasy the world is populated by a gifted race  of people known as Fateweavers that can see the future of individuals with a particular focus on how they will meet their death.

Players join this fantasy game world in the midst of war with players having died before being revived by a scientific experiment that leaves you without memories of your past. This leaves players to be known as the Fateless One as you wander the war torn world with even the Fateweavers unable to see what your future holds. Able to operate outside of a predetermined fate and also save others from their fate your adventure takes you across locations as you impact those you encounter and ultimately change the path of the mortals living in Faelands. 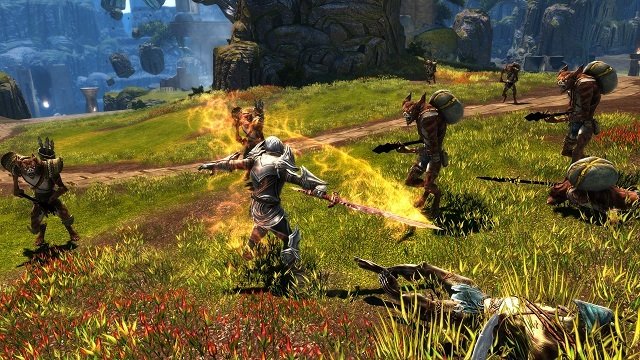 Within this story structure how you progress through the story and develop your character is within your control. From selecting one of the four character races that come with their own traits to progressing through the three class trees that each have just shy of two dozen options. Human options include the civilised humans known as the Almain that specialise in blacksmithing, alchemy and persuasion, the nomadic humans Varani that specialise in finding treasure, selling their wares for higher profits and picking locks. While the other two playable options belong to the elven races of Dokkalfar who are dark elves with a speciality in stealth and persuasion and the light elves Ljosalfar that are magically proficient.

From this base race selection the bulk of your customisation comes from the skill trees that let you develop your Might, Finesse or Sorcery talents which follow the familiar three fantasy archetypes of warrior, rogue and mage. A unique second layer at play in these trees is the destinies system which unlock once players have invested a certain number of points in the appropriate tree combination and provide special bonuses to your character. For example someone that goes all in on the sorcery tree will achieve archmage status that provides elemental damage boosts, mana reduction, mana regeneration, improved spell duration, an ice empowered teleport and a chance to spawn an elemental ally on kill. Alternatively someone who balances sorcery alongside finesse points will find themselves becoming a shadowcaster that deals enhanced elemental damage but pairs it with critical hit chance. 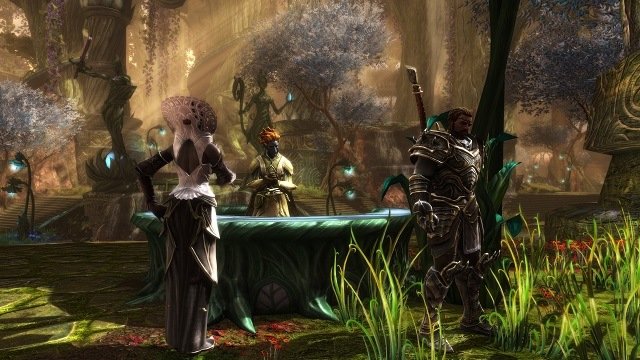 Regardless of how you opt to build your character in Kingdoms of Amalur you’ll find fluent and fast combat that emphasises the careful timing of attacks. From time to time players will also engage with a quick time event that tie closely to story cutscenes. As you slowly rack up kills you will also build up your fate meter which allows players to enter a slow motion mode or perform a devastating attack on a single enemy with reckoning mode. This strikes a good balance between relying on reaction in combat and strategic skill choices that makes the game accessible to fans of hack and slash or people after a RPG heavy experience instead. As a result Kingdoms of Amalur has a combat experience that is one of the best in the genre and you’re unlikely to get sick of it even at the end of your 100 hour adventure.

The final layer of your character comes from the loot you acquire from enemies, quests and the various NPC stores that support your selected playstyle through loot tiers. Kingdoms of Amalur also offers crafting through blacksmithing to create or repair weapons and armour, alchemy for potions and sagecraft for socketing gems.