Kingdoms of Zenia: Dragon Wars mixes strategy and city building as players create a powerful stronghold to battle it out in PvE and PvP options. With the huge range of content it is the sort of game that will hold your attention for the long term and doesn’t really on cheap methods to do so (such as excessive waiting times). What might start out as a short play session can quickly turn into a few hours, an extreme rarity in this genre. 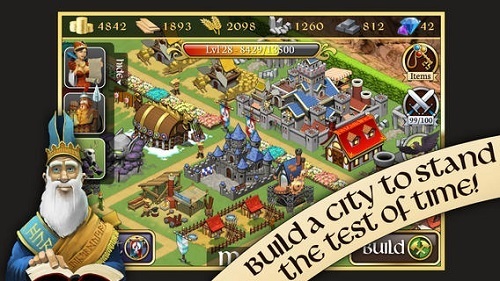 Set in the world of Zenia which was once a peaceful kingdom players will use their iOS or Android device to reclaim this kingdom one battle at a time. With plenty of freedom in how you take your small rebel camp to a thriving settlement the game is definitely one of the better options out there in this space.

On the building side of gameplay players will have to manage their resource generating buildings, military and decorations. By managing your resources (wood, stone, grain and gold) players can recruit troops and upgrade buildings as they see fit to ultimately increase their power.

By upgrading your resource generating buildings you can earn resources at a faster rate or you can focus on upgrading particular buildings to enhance your troops. This flexibility allows you to either overwhelm your opponents with cheap troops that you can produce in large amounts or focus on a lower number of powerful units. Both of these strategies can work in both PvE and PvP environments so you won’t ever feel that you are pigeon holed into a single winning strategy.

With well over 30 troop types (each with their own building) the strategy available to players is definitely one of the greatest when it comes to freemium strategy titles. Unlocking all these troop types is also well paced out to ensure you are constantly changing up your strategy as new units become available. 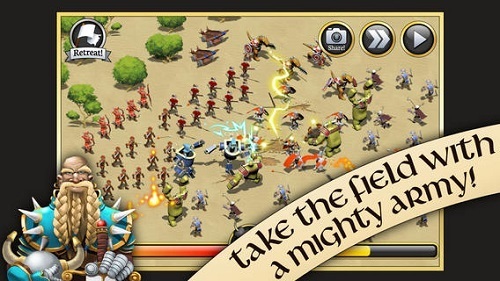 Battles are one area of Kingdoms of Zenia that I really enjoyed in particular with players having the chance chance to organise their available troops before battle for maximum effectivness. By looking at the enemy’s setup first (in the campaign mode) players can decide the optimal strategy and placement of troops that will result in success and the least number of deaths (saving you resources as troops can be used for multiple battles if they survive).

Kingdoms of Zenia is well-designed and offers depth that is well ahead of most alternatives with similar gameplay. It’s a game that will keep pulling you back day after day and you aren’t just limited to small play sessions either.

This review was first published on May 18, 2014. Read our update policy to learn more.

Games Finder is a Steam Curator and featured in the aggregate review scores data of MobyGames and Neoseeker.
FEATURED ON
Games Like Boom Beach, Games Like Clash Royale
LEAVE A REPLY Cancel Reply