King’s Bounty: The Legend sends you on an adventure that featured tactical turn based combat and all the role playing elements you need to make the story your own. It’s a potent mix of real-time adventure and strategic turn based battles. 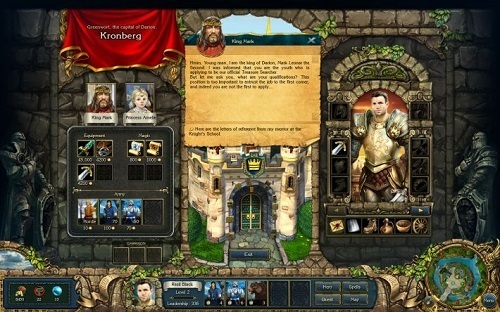 The fantasy world of King’s Bounty: The Legend is filled with knights, mages and powerful kings where you’ll play as the hero through exploration, combat and quests. Sworn to the king in the world of Endoria you find yourself just finishing your final exam before being sent to do the kings bidding across the land with the main quest line.

King’s Bounty: The Legend is split in the middle between battle mode and adventure mode. While in adventure mode players will be able to freely roam the game overworld where they can explore, collect treasures around the map and engage in combat. Battle mode activates when players make contact with an enemy on the overworld map and changes the game from real time to turn based tactical combat similar to that seen in the likes of Heroes of Might and Magic.

Your hero won’t directly fight in these turn based battles though and instead rely on their squads of heroes which are recruited during your journey. While there are plenty of basic units like the peasant and archer the game also includes powerful fantasy creatures like the ents or griffins. 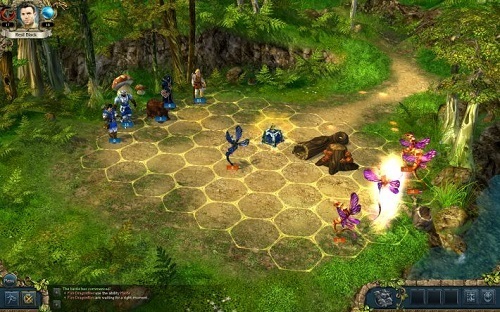 To assist your squads in battle players must rely on careful use of strategy and the powerful spells that depend on which of the three classes you intend to play as (mage, warrior or paladin).

If you hunger for something that is truly unforgiving and uses turn based tactical combat but incorporates real time elements to speed up the experience then King’s Bounty: The Legend will tick the right boxes for you.

Games Finder is a Steam Curator and featured in the aggregate review scores data of MobyGames and Neoseeker.
FEATURED ON
Games Like Fire Emblem, Games Like Heroes of Might and Magic
LEAVE A REPLY Cancel Reply