Embark on a Kirby adventure on Wii and Wii U with up to 3 friends in cooperatively cute gameplay adventure titled Kirby’s Return to Dream Land. With all the staples of Kirby platform gameplay you’ll jump, inhale and copy enemies during your adventure as your friends follow you along with their own character or an alternatively coloured Kirby. 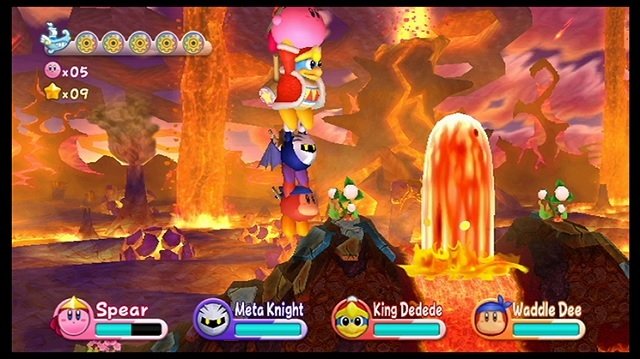 With a Kirby appropriate story Kirby’s Return to Dream Land opens up with Kirby carrying a delicious cake while being chased by King Dedede and Waddle Dee, while also running past Meta Knight quietly engaged with a book (all of whom are playable characters in the co-op game mode). While all seems well a large flying ship appears out of nowhere and crash lands in front of the group with a friendly alien by the name of Magolor emerging and asking for the assistance from the group in repairing and fuelling the spaceship to return home.

This requires players to travel to the 5 continents of the planet where the conveniently equal number of spaceship parts have broken off to in addition to 120 energy spheres that are required to power the ship. With a repaired ship players travel to Magolor’s home world where the true intent of Magolor is revealed, continuing your platforming adventure a little further passed your home planet. 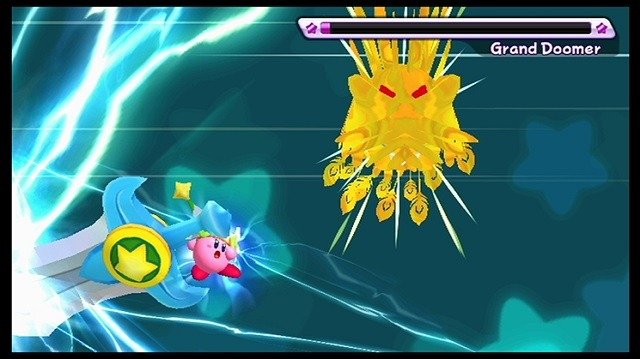 With your objective set gameplay in Kirby’s Return to Dream Land is primarily a side scrolling platformer that incorporates action elements. While a 2D background is used you’ll find that all character models, items and enemies are presented in 3D shapes to create a hybrid 2.5D design that like all Nintendo games is beautifully presented.

Playing as Kirby during this adventure you’ll utilise all of Kirby’s signature moves to overcome platforming obstacles with the ability to inhale objects or enemies along with the standard copy abilities option that is required for certain segments to borrow powers from an enemy. Mechanically it’s the same experience as past Kirby iterations although the addition of a super inhale allows you to now eat up blocks and larger enemies not possible previously. 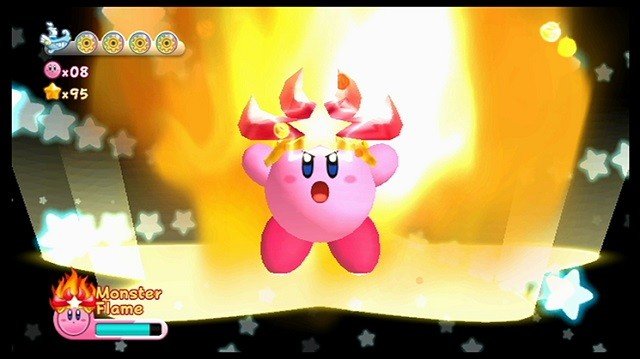 Players joining in through the drop-in co-op can either play as a Kirby of an alternative colour or opt for one of the previously mentioned who have their own skillset from hammer bashing, spear throwing to sword fighting which combines with a simple flight mechanic to ensure no character is left behind without Kirby’s impressive vertical movement.

Other mechanics are comparable to similar titles with lives, bonus levels, mini games, stars to collect and hidden areas for the diligent Kirby gamer to find. All of which encourages players to explore, use their abilities to maximum effect or rely on an item to reach all the energy spheres. For the most part these are inventive although some reused level designs and hidden secrets do detract slightly from the sense of discovery.

This review was first published on January 16, 2016. Read our update policy to learn more.