Opting to mix farming simulation within town management and adventure Klondike: The Lost Expedition offers this mix within your browser and mobile devices (under the name Klondike: Adventures). Klondike opens with players reading the last letter they received from their father informing them that the expedition intends to head further east but will return in spring. Unfortunately with spring now upon us with no sign of your father you opt to adventure inland to locate him for yourself. 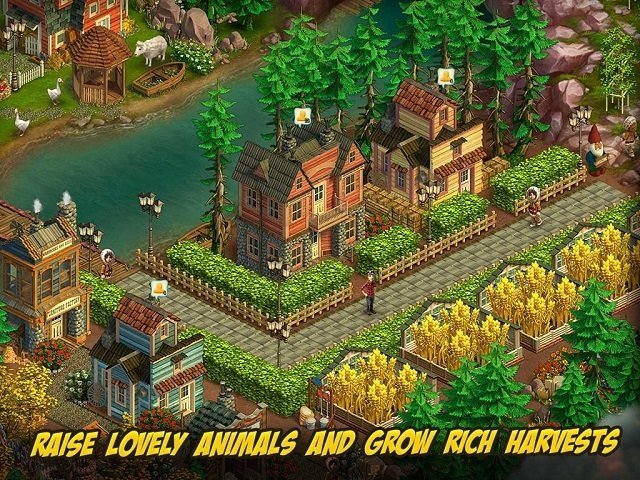 Starting your search in Blue Peaks Valley which is the last known location of your father you’ll begin to collect resources to ensure you are well prepared for the winter chill and appropriately equipped to search for your father’s whereabouts. After a brief tutorial that will teach you how to farm chickens for eggs and cows for milk you’ll be introduced to the sawmill which will serve as your first vital production facility.

From here on Klondike: The Lost Expedition opens itself up to players with the freedom to perform actions as you please albeit guided by the games suggested missions. The sheer scale of options in Klondike may seem overwhelming at first but with a large energy pool (and your helpful Inuit workers) players can experience the wealth of different mechanics in a risk free way.

Some early mechanics that players are encourage to master include planting and harvesting crops in the various garden beds on the map which serve as a consistent source of gold and experience and have varying harvest times. In total there are over two dozen varieties of crops that are unlocked as you level your way through the Klondike campaign. This is supported with new types of garden beds for better harvests and a range of fertilisers to reduce the waiting time between harvests. 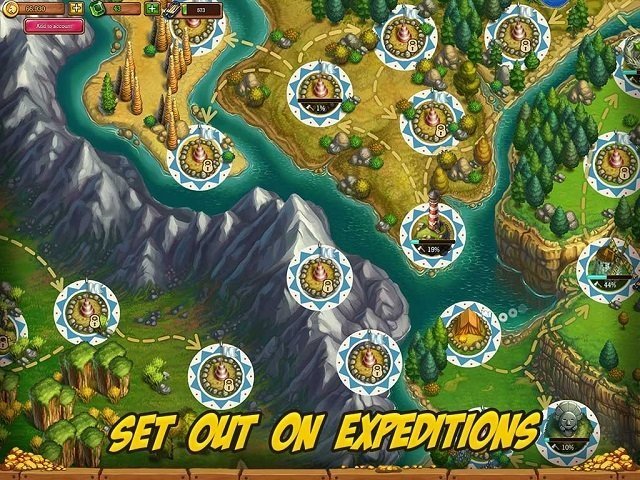 While farming has all the mechanics of a game focused solely on farming it is by no means the focus of Klondike: The Lost Expedition and ultimately plays only a small part alongside your other activities of clearing land for resources, constructing factories and housing for your workers which leads you to unlocking more game chapters in the hunt for your father.

All of these mechanics are equally fleshed out though, clearing land for example while simple to do with a single click has some surprising hidden treasures to it with certain stones or bushes hiding buried treasure for an influx of resources, energy and gold. It also plays a vital role in the collections mechanic with players finding random themed items with a completed set of 5 offering its own wealth of rewards. Clearing land also has the secondary benefit of allowing you to have ample space to produce the factories of the game that allow raw materials to turn into refined and reforged materials for quest progression and ensuring workers are appropriately housed to assist your progress. 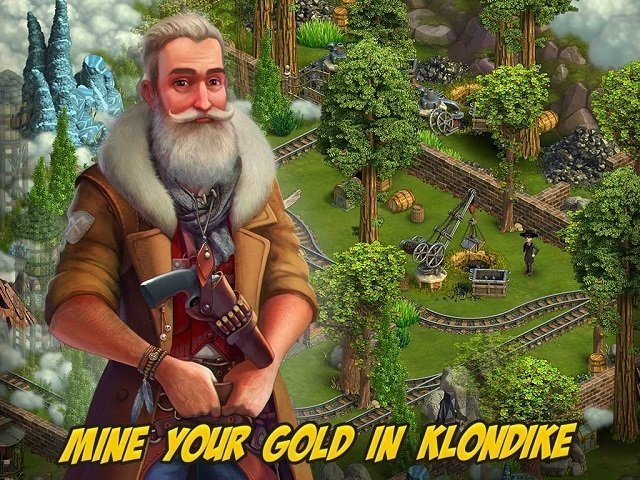 Other features of Klondike: The Lost Expedition worth noting include over 50 achievements, a large game map, decorations to customise your camp and a friend system that lets you visit their camp. As a rewarding mini game players can attempt to find hidden treasure within their friends camp although your tries to locate treasure are limited.

This review was first published on April 15, 2019. Read our update policy to learn more.