Knights of Honor is a real time strategy game at heart but also offers some large scale empire management as you conquer Europe. With over 100 kingdoms to choose from there are many paths to total conquest on offer. 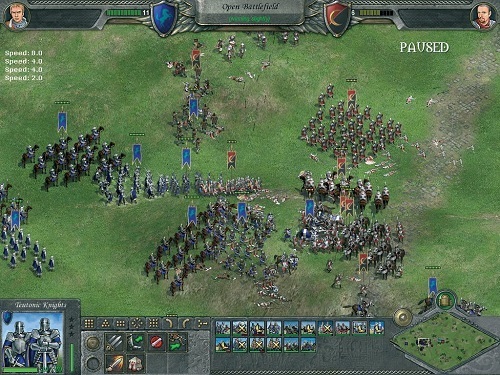 The Europe that you’ll be conquering is split into various provinces which feature cities, farms and even monasteries for you to conquer. When you have control of a city you’ll have room to erect buildings to boost the rural areas of your provinces for additional bonuses. Because each city has a limited amount of room for buildings it forces players to choose a strategy for each city.

This level of grand strategy in additional to the real time battles that you’ll be using to sack and overtake these cities makes for more strategy than most games in the genre.

A central theme to the game in addition to your military efforts is your religious ones. With four different religions with their own unique mechanics it adds an extra element to your strategy depending on your religion. The Catholic Church for example can call a crusade on the non-catholic kingdoms which grants powerful units. 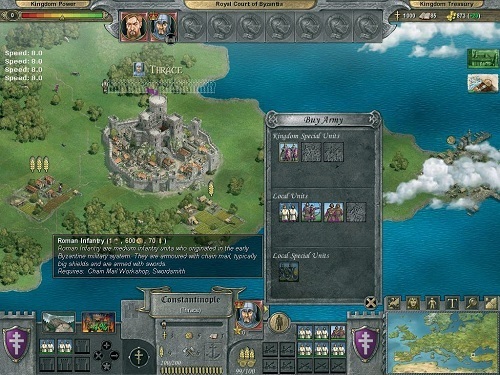 Trade is the final pillar of strategy you’ll have to master in Knights of Honor and is surprisingly more deep than most strategy games you would have played in the past. This stems from the limited buildings that each province can build which forces you to more actively seek trade to ensure that you can access everything.

With no set time limit and objective it’s easy for Knights of Honor to turn into a medieval Europe simulator as you manage your relationships with each province. While ultimately you’ll want to conquer them all the journey there is a strategic joy.

This review was first published on July 9, 2014. Read our update policy to learn more.

Games Finder is a Steam Curator and featured in the aggregate review scores data of MobyGames and Neoseeker.
FEATURED ON
Games Like Age of Empires, Games Like Mount and Blade, Games Like Total War
LEAVE A REPLY Cancel Reply