Last Chaos has been online since 2006 making it one of the longest running free to play role playing games in a competitive genre. With a solid array of class options paired with the usual array of MMO features the game continues to attract a regular community of players with its traditional style. 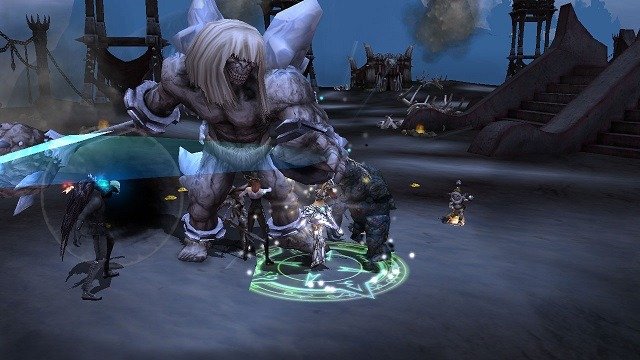 Last Chaos offers this gameplay with a fairly typical fantasy world where the God of Darkness Eres and the God of Light Apollon created the world of the mortals with humans and elves made to inhabit the new world. Alongside the Ethereals who oversee magic in the world the races thrived as they explored their new realm without interference as the Gods return to slumber after their creation was complete. Behind the scenes though the God of Darkness grew increasingly jealous of the God of Light and built an underground army of darkness to claim the world.

Known as the Land of Iris the army of darkness has now been unleashed with orcs, titans and other evil creatures surfacing to claim every corner of the land. With the Knights of Apollon rising in defence players now found themselves in a drawn out war with neither side gaining significant advantage. 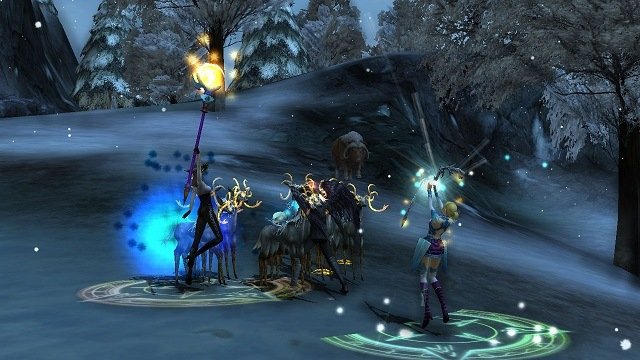 Joining this world of Last Chaos players have the option of 9 classes that bring their own unique visual design, party role and skillset with further specialisation through a branching path at level 31. This class options include the Titan, Knight, Healer, Mage, Rogue, Sorcerer, Night Shadow, Ex-Rogue and Archmage which stay true to the typical fantasy archetype. The Night Shadow stands out as unique though and requires players to have first reach level 90 on another character before being able to utilise this flying demon of the night that literally feeds on enemies with shadow attacks.

Titans for example fight on the side of darkness and are tough combatants that serve as a tank role and can later specialise as a two handed sword Warmaster or a two handed axe Highlander. The Warmaster comes with the deadly smite that can stun opponents for a short time, a scream that boosts party health points and a war stamp attack that provides are of effect damage while weakening enemy defences. In comparison the Highlander can buff themselves with perfect body that boosts defence and attack, spin chop for area of effect damage or use cannon spike to leap onto enemies with a fire enhanced attack. 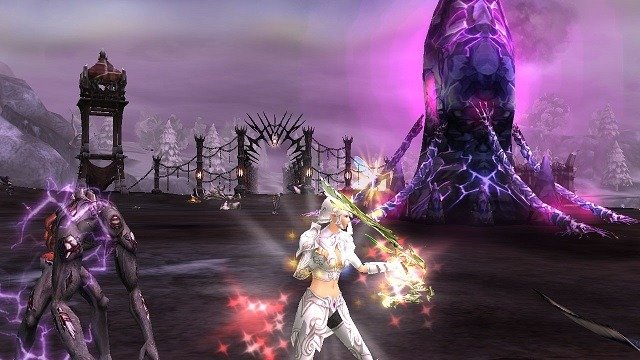 This elemental aspect adds an additional layer to your combat and serves as a damage augmentation system with 6 elements of water/ice, wind/storm, earth, fire, darkness and light. While most monsters you’ll encounter are considered neutral you will encounter some of that have elements which can even be different for attack and defence. Each class also has their own armour sets that consist of gloves, chest, pants, boots and helm and are generally available from traders, crafting and monster drops. Late game pieces in particularly requiring high crafting or boss monster drops that provides you a late game goal as you locate and upgrade each equipment piece over time. Further customisation is also available through the jewel socket system that let you tweak your gear slightly to make it different from a player at the same level of progression.

Said progression is quest focused with players accepting quests from the world of Last Chaos with a number of towns spread across Iris and the Ascadia continent to the south. These quests fall into the usual mixture of killing, collecting, delivery, dungeon exploration or crafting quest types with quests being once off, repeatable or daily. Over time this can also impact the affinity system with 13 different factions that you’ll gain titles, quests and special items.