League of Angels II expands the League of Angels franchise with a second browser based RPG that follows a similar design philosophy but brings more variety, improved graphics and wider content depth. 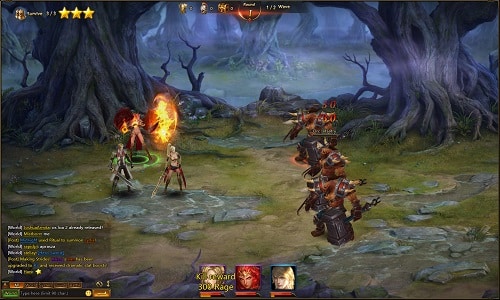 The key mechanic of the game has stayed the same with a focus on automated combat whereby your party selection and equipment is the main driver of strategy depth. This means that those that weren’t a fan of the original game will be equally dissatisfied with the sequel.

This also extends to the automated pathing and missions which will have you moving from place to place with little effort on your part required. League of Angels II does introduce a few side games to the equation with a bejeweled like puzzle match game to boost your stats or the garden where you’ll generate extra currency to spend on your party.

The setting is equally similar with a dark fantasy world where heroes fight to free angels from evil. In doing so you’ll bring piece to the land and in turn use a single angel in your own party with devastating effectiveness. All of this is brought together in a mostly aesthetically pleasing way although the same cluttered interface remains. 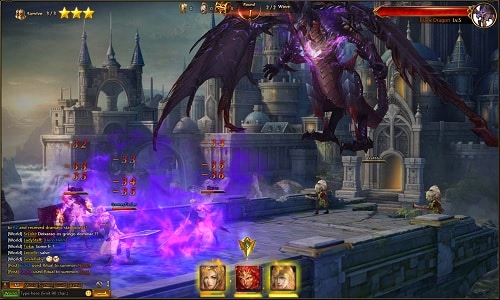 A particular area that League of Angels II has stepped up its game is in the general level of polish which extends across all game elements. While you’ve got the occasional poor translation the story, game loading, character variety, flashy skills and voice acting are all around much better with fairly significant improvements.

League of Angels II is a worthy successor the the original LoA title, it’s lack of innovation or changing of core mechanics won’t entice new players to the franchise but it will bring back dedicated League of Angels players for a fresh round of automated browser based RPG action.