Simple browser based games are seeing a rise in recent years and League of Angels Heaven’s Fury aims to capture some of that market with a polished offering that features plenty of automation with a Steam version also available. It’s a genre that won’t appeal to everyone but it does have plenty of gameplay and population for those that enjoy this sub genre.

League of Angels Heaven’s Fury is set deep in a standard fantasy world where good battles evil in a constant struggle to try get the upper hand. To lend a hand to the angels players will create their own celestial hero to fight against the forces of evil known as the Suurde through turn based combat. This combat spans quests, dungeons and PvP which means there is plenty of fighting in League of Angels for all gamers to enjoy. 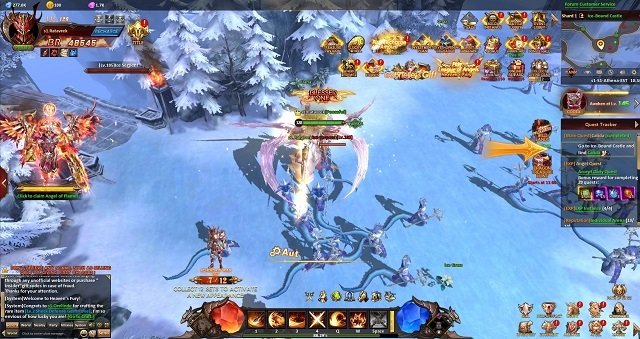 Herein lines the best element of League of Angels with multiple ways to play with PvE, PvP and even GvG that gives the game plenty of challenge and longevity as you rise the competitive ranks to fuel your PvE strength or vice versa depending on your preferences. League of Angels Heaven’s Fury also has regular events and some cross server action to round out the available content even further.

Combat itself is quite a flashy affair and looks fairly impressive for a browser experience with high quality (albeit simple) graphics bringing the colours of the game to life as you adventure forward through a variety of environments. This combat can also be automated to an extent provided that you have the necessary skills and equipment to comfortably handle the battle without your own intervention. 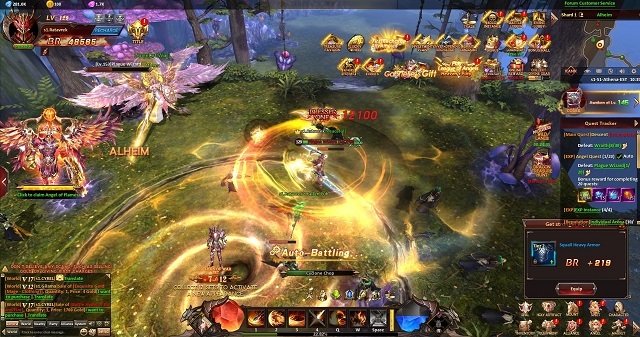 Your character for all of this is one of three deadly characters that follow your traditional warrior, magic and archer and each come with their own exclusive skills and character design to see you through the adventure ahead. Playing as either of these three options you’ll grow your character from level 1 with plenty of skill upgrades and more importantly equipment items along the way. As a turn based game with plenty of automation your equipment and level plays a vital role in League of Angels Heaven’s Fury which will require you to pick your fights carefully.

The crafting and upgrade system of League of Angels Heaven’s Fury in particular plays an important role and is one of the better thought out elements of the game. Fans of collecting will also find they are well looked after with a wide range of mounts and heroes to find and then combine in your team. 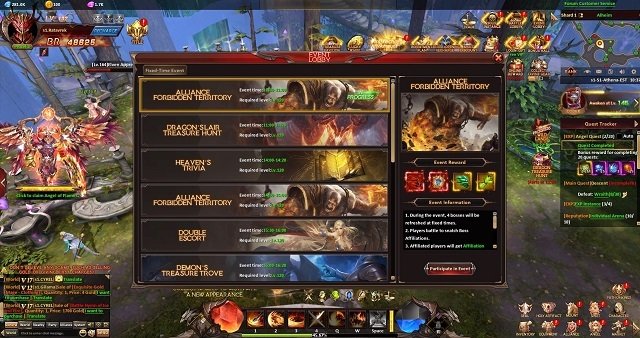 The whole progression curve in League of Angels Heaven’s Fury is fairly well-designed so that you are always achieving something to keep the game from getting dull or feeling too much like a grind. League of Angels Heaven’s Fury is a hit or miss depending on what you like in a MMO experience so your best bet is to give it a try and then decide if it’s content selection is really for you.

This review was first published on March 23, 2021. Read our update policy to learn more.