Left 4 Dead 2 continues the co-operative zombie adventure with all new characters, locations, enemies and weapons to change up the popular gameplay introduced in the original Left 4 Dead. The popular AI director also makes a return with plenty of tweaks to ensure players are always challenged. 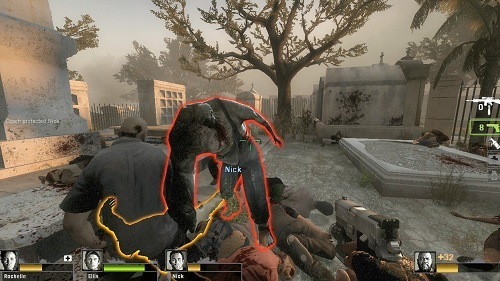 Just like the original game plot elements are kept minimal with players following four survivors of an infectious disease that has turned the population into zombie like creatures. The story is portrayed through a series of campaigns that players can play through freely. The game does not use the same survivors as they first game, choosing to introduce four completely new personalities.

These campaigns are broken down into several sections with several safe houses for players to jump between. Each campaign ends with a difficult final stage that throws large numbers of infected at the survivors while they wait for rescue or attempt to achieve another goal.

Left 4 Dead 2 gameplay features many of the same game mechanics of the original that help to promote co-operative gameplay with players often succumbing to the infected if they attempt to go off by themselves. This is even more dangerous this time around thanks to the introduction of three new special infected enemies.

Left 4 Dead 2 uses many of the same game mechanics of the previous game so players of the original will easily jump right back into the gameplay flow. The most notable changes in the sequel are in the weapons department with an improved number of melee weapons available along with the introduction of a new weapon tier. This final weapon tier offers players the devastating M60 and grenade launcher which rarely appear in the world and have limited ammunition that cannot be refilled. 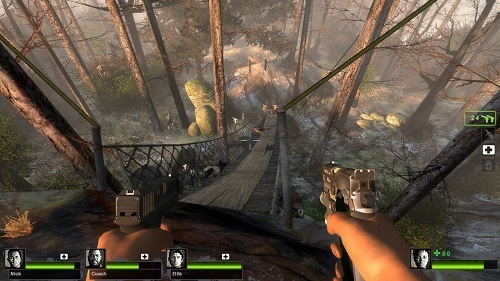 A new game mode called Scavenge also changes up the gameplay of the original with players running around to collect fuel cans to power a generator while a team of infected players try to stop them.

As a co-operative experience Left 4 Dead 2 really isn’t matched by any other game and is worth looking at for both fans and newcomers to the series.