Left 4 Dead (L4D) is a zombie survival experience that focuses on co-operative gameplay against a varied and randomised zombie infection. Left 4 Dead separates itself from similar co-operative shooters by promising a different experience each time you load up a game map thanks to the AI director that alters aspects of the map each time it is played. 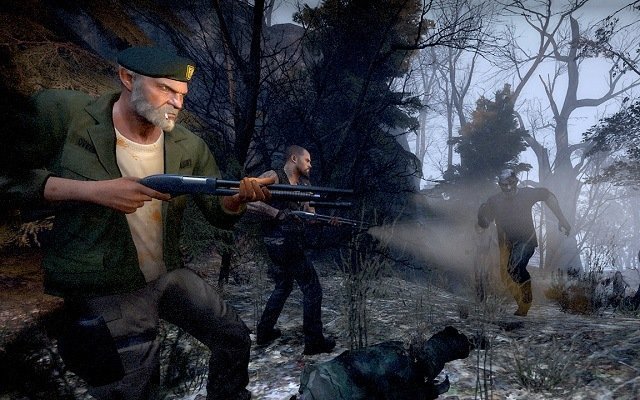 The Left 4 Dead base game takes place across four varied and unique acts all with a movie design to the campaign, their own tagline and five separate chapters that culminate in a finale like showdown. This includes No Mercy that has you exploring the city streets moving from apartments to the subway and onto the hospital rooftop. Or Blood Harvest that takes place in open fields, woods and a train station before a Farmhouse face off against the undead.

This formula is replicated again in the remaining core campaigns of Death Toll and Dead Air along with smaller bite sized variants in the various Left 4 Dead expansion content. A consistent theme throughout these movie inspired features are the 4 main characters Francis, Bill, Zoey and Louis who have their own voice acting and character models but otherwise all play the same with access to the same weapons and items. If individual characters are not filled with a human player than an AI bot will take over to ensure 4 players are always active. 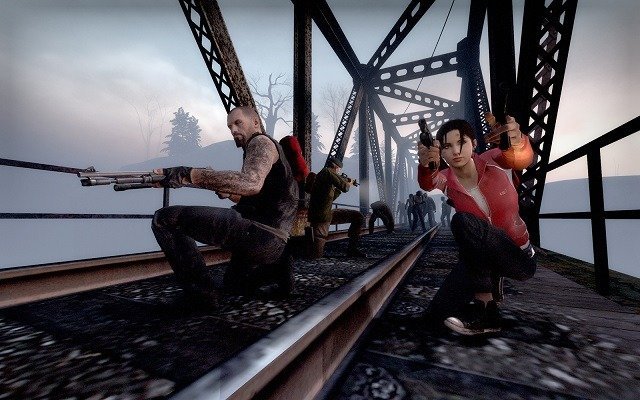 Said weapons include a basic pistol, shotgun and submachine gun alongside more powerful tier 2 weapons of similar variants. Meanwhile items encompass powerful pipe bombs that also attract zombies, molotov cocktails to provide a barrier of flame and healing items to recover damage from zombies. Downed players can be revived and if not revived within the specified limit will perish although can respawn later under certain circumstances.

The zombies are not powerless though by any means with their own unique special infected to draw the attention of the horde, leap from great distances, pull you across the map, absorb huge damage or deal it out instead. These powers also carry over the versus mode of Left 4 Dead that pits human controlled zombies against a human team of survivors with the objective to last as long as possible before swapping roles. 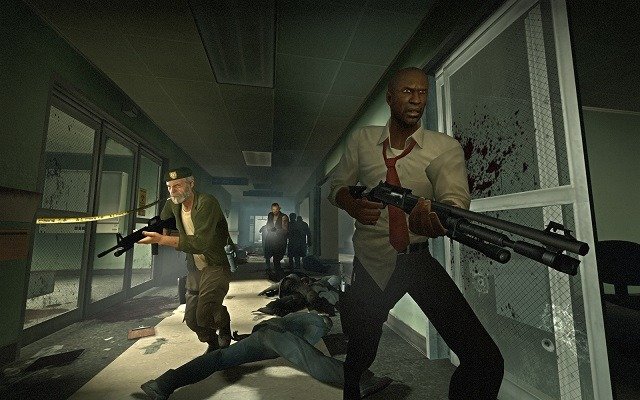 All of these elements are handled by the AI Director, a group of AI routines designed to build suspense and change the outcome of individual playthroughs. This is primarily achieved through changes in weapon and item spawns and that spawns of both common and special zombies to ensure you can’t memorise spawn locations and prepare beforehand. Ultimately this leads to a game of high replay value and will allow Left 4 Dead to continue to host games long after initial release.