Legendary Heroes is mobile based MOBA experience available on the iOS and Android platforms. The game focuses on 3v3 battles and packs hours of content into its single player campaign which means you can play the game anywhere without worrying about using up your monthly data limit. 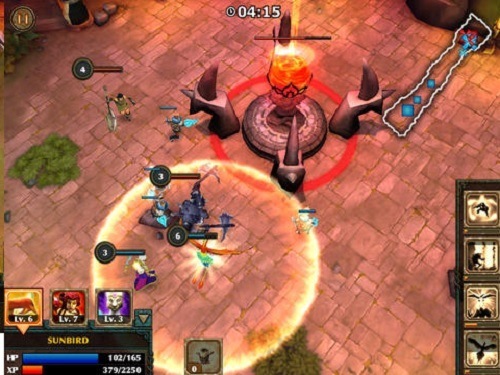 The game is only supported on the latest iPhone and iPad versions which allow it to push itself to the peak of mobile gaming but means some players will be disappointed by the poor game performance on older devices, so be sure to check if your device is supported.

The game markets itself as an action real time strategy game (ARTS) that has many comparisons to the MOBA genre (just without the multiplayer aspect). Players create their team of 3 heroes and take them to the battlefield against the AI as you attempt to break into their base and claim victory.

During each game you can swap between the three heroes that you’ve chosen which means you’ve got good gameplay variety every game and you definitely are spoiled for choice. This also means there is also some great strategy in choosing a team of heroes that work well together (rather than relying on other players to choose a team with synergy). The campaign also has great length and packs a bunch of challenges to keep the game from getting repetitive too quickly.

As you play your characters will gain levels which allows you to upgrade one of the four unique skills that each character posses. Depending on which skill you choose to max first you can seriously alter the role of your hero which only adds to the strategic depth in each game. 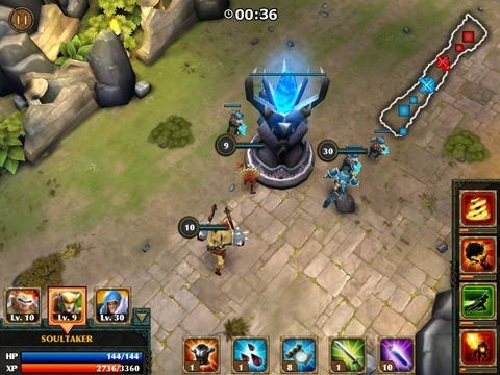 This deep level of strategy is slightly let down by the hard to use controls (especially on smaller devices such as the iPhone) that are also sometimes lacking responsiveness, a trade off of the stunning visuals and pushing the capabilities of these devices to the limit

All things considered Legendary Heroes will keep you entertained in small bursts and is worth having installed on your device if you are a fan of League of Legends or Dota 2.