Legends of Honor joins the massive list of medieval themed strategy games with MMO mechanics. The game comes from GoodGame Studios who have made a number of MMORTS games including the popular Empire, Shadow Kings and more casual options like Big Farm. 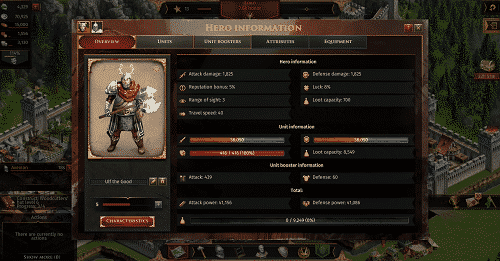 With such a large wealth of previous titles to draw on Legends of Honor doesn’t skip any of the core mechanics that you would expect from a MMO strategy game. Players start with a typical tutorial that teaches them the basic of building structures, upgrading, attacking and gathering the necessary resources.

Resource generation is done through the usual buildings but players can also increase production by clicking on either the stone mountains or forest near their castle which is comparable to the popular idle clicking genre.

After this basic introduction it will be time to choose a faction to align yourself with. Your three options includes the Warriors of the Wild Lands, Order of the Golden Claw and Knights of Ash and Shadow which all feel like they’re out of the Game of Thrones franchise in design. While these don’t alter gameplay players are limited to joining alliances within that faction which promotes greater alliance diversity at the higher levels.

The main reasons you’ll be playing Legends of Honor over the vast number of alternatives is the amount of room that players are given to build their empire and the hero system. With this space you’ll have to build a mixture of buildings but also consider the happiness of your citizens which boosts efficiency and is achieved mostly through balancing decorations with core buildings. 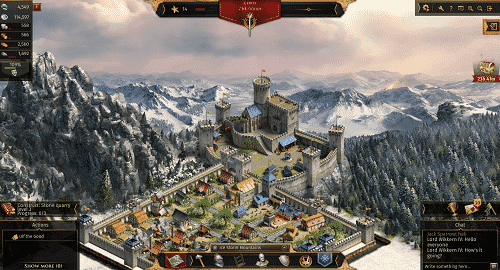 While the hero system allows players to recruit various heroes that serve as officers for troops. By assigning troops to your hero you’ll be able to adventure outside your walls to engage in combat with PvE or PvP, this is primarily a number and unit match up affair. Units can be upgraded and enhanced with a variety of boosters if you find yourself needing some extra power.

Legends of Honor offers MMORTS and idle clicker in a single game, while there isn’t much innovation beyond this mix everything is well designed and ensures a high quality experience.