Everybody remembers playing with Lego as a child but did you ever wonder what would happen if you crossed Lego with GTA style gameplay? Well this is where Lego City: Undercover comes in, a sandbox action adventure experience for the Wii U. 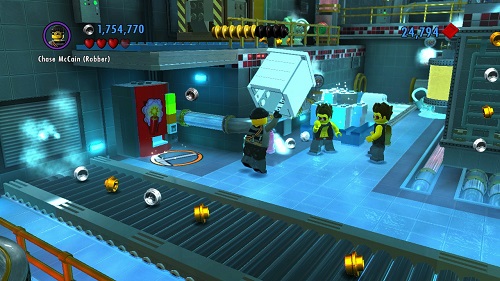 In Lego City: Undercover players take control of a cop named Chase McCain as he goes undercover in Lego City. The game world doesn’t take itself overly seriously and is mostly a tongue and cheek experience catered towards younger gamers or those wanting a casual game option.

Ultimately in Lego City your role is to infiltrate a number of the cities gangs and bring them to justice but since the game is an open world experience players can advance through the game at their own pace.

A core gameplay element in Lego City is the ability to swap into different disguises to unlock additional abilities. For example players can disguise themselves as a robber to break locks or a fireman to put out fires and break down doors. Correctly using the huge list of disguises is an important aspect in advancing the storyline and unlocking secrets during free roam. 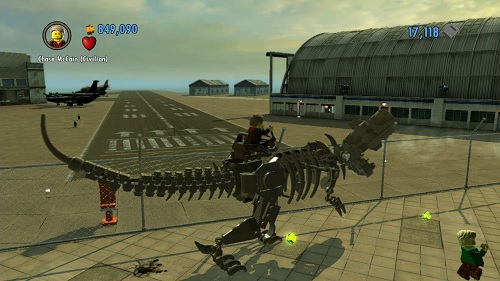 Vehicles are also at the heart of gameplay in Lego City: Undercover with a huge variety of cars and even helicopters just waiting to be piloted by Chase McCain. If you can’t find something that suits your style then players can create their own objects with loose bricks around the world just like you would with real Lego.

Lego City: Undercover is without a doubt an impressive open world game with plenty of humour in its design. The game is definitely one of the must have Wii U games, it will captivate young players while providing a nostalgic experience for older ones.

This review was first published on May 31, 2014. Read our update policy to learn more.

Games Finder is a Steam Curator and featured in the aggregate review scores data of MobyGames and Neoseeker.
FEATURED ON
Games Like Bully, Games Like Grand Theft Auto
LEAVE A REPLY Cancel Reply