Lego Jurassic World brings the action from the Jurassic movies into the gaming world in Lego style joining the vast ranks of movie and Lego game adaptions (like Star Wars). It’s a game developed for both Lego fans, movie fans and even just general action-adventure fans with a perfect balance between movie accuracy and good game design. 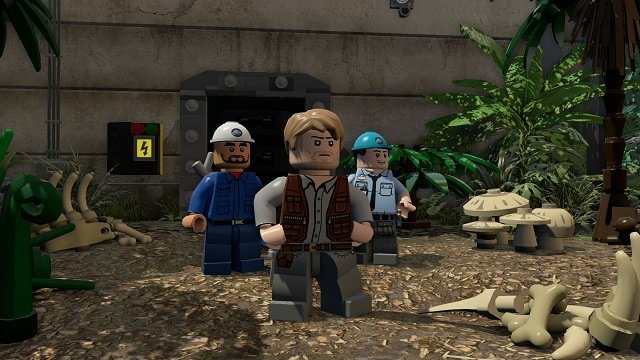 Originally devised for various consoles and the computer the game was subsequently on other platforms such as mobile and handheld gaming devices which feature similar gameplay although do limit some aspects such as the free roaming elements being replaced with a central hub likely due to hardware limitations and better ease of use on the smaller devices.

Sticking closely to the movie plots of the various films Lego Jurassic World brings several movies into a single dinosaur themed adventure although takes some liberties to simplify the storylines to fit nicely into a 5 level per film framework resulting in a total of 20 levels. Similarly given the Lego universes historical focus on younger gamers the character deaths have either been removed or replaced with humorous alternatives. 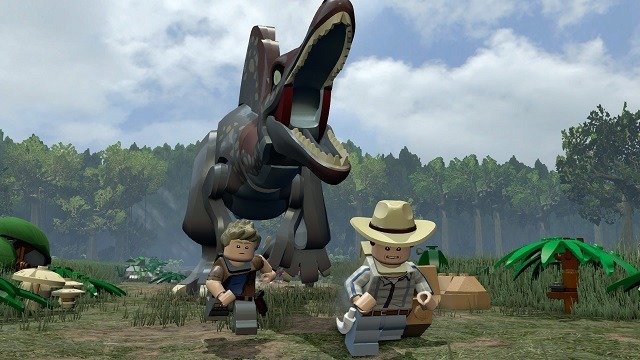 Throughout the 20 levels players will roam freely through the overworld while solving various puzzles that vary in mechanics but generally involve basic riddles, environmental obstacles, utilising a specific character ability or collecting specific items from a location to repair something. Some minor combat gameplay is also present although unlock other titles in the Lego universe is a secondary mechanic to puzzles and exploration.

With the free roaming gameplay there is some room for players to complete these in various orders although some areas can also be accessed after perquisites are completed. Joining players throughout is Mr. DNA a cartoon character who provides hints and trivia which is generally linked to the 20 odd dinosaur species featured. 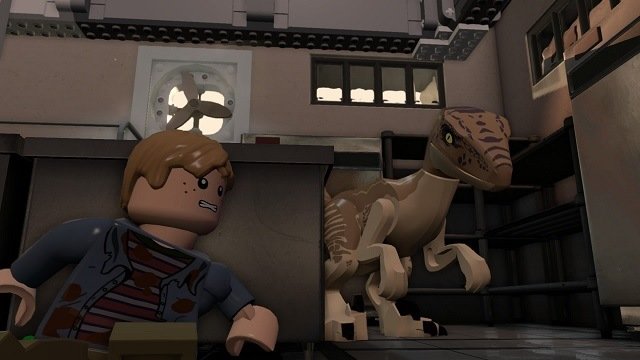 In total Lego Jurassic World features a vast number of characters with over 100 unlocked through your adventure alongside some having additional outfits. As noted above these characters are fundamental to gameplay as well as each has a unique ability for puzzles and story advancement. For example Alan Grant is paired with a shovel to dig in areas and can also cut down vines while Ellie Sattler can search through dinosaur poop and grow plants. With the vast number of characters some do have overlapping abilities although for the most part have a unique combination that makes them the most ideal candidate for certain game sections.

The accessibility of the Lego titles has always been its strength in adapting movies and other reference material into the video game scene. This continues to be the case in Lego Jurassic World although the lack of combat orientated gameplay makes it a little more passive than other Lego games.

Games Finder is a Steam Curator and featured in the aggregate review scores data of MobyGames and Neoseeker.
FEATURED ON
Games Like Uncharted
LEAVE A REPLY Cancel Reply