Pushing the ever increasing number of Lego games into a more sandbox environment, Lego Worlds gives you the goal of becoming a Master Builder as you explore a range of Lego themed worlds. This time around your Lego themed adventure is bigger than ever though with a mostly open world that is also procedurally generated with elements of building resulting in a Minecraft like experience. 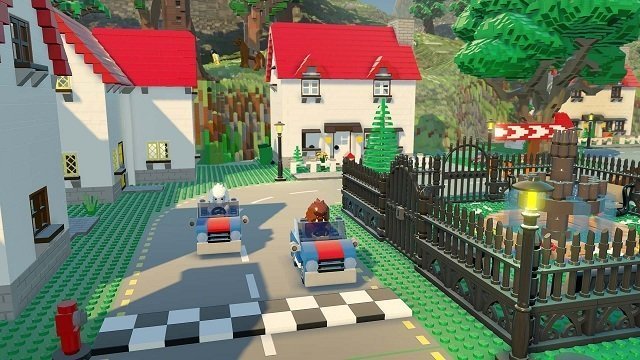 Lego Worlds starts your Master Builder adventure after a less than stellar landing into Pirate Playground where players are tasked with their first building challenge of repairing their recently crashed rocket ship. To repair your ship and to undertake similar repairs in the future you’ll need to find golden bricks scattered around the individual themed game worlds. Discovering each of these bricks requires a mixture of exploration, world manipulation and creative thinking with each world an exciting treasure hunt. After finishing the Pirate Playground tutorial island you’ll unlock the rest of the Lego galaxy which can be explored with your repaired Lego rocketship.

For those unfamiliar with the wealth of Lego titles in the gaming market every inch of this Lego galaxy is completely made from Lego blocks. Lego Worlds goes one step further than past Lego titles though by giving players the ability to customise, build and edit the terrain around them with a number of tools. Tools include a build tool to place template structures, block by block building and even the ability to scan your surroundings to learn block types through the discovery tool. All of this ties in closely with the primary in game currency known as studs that are awarded through destruction and exploration along with the previously mentioned golden brick hunt. 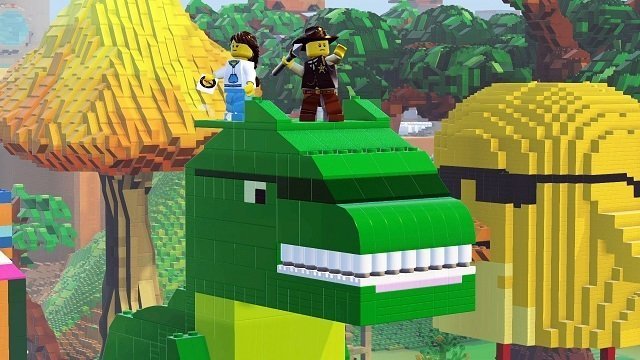 Gamers who have enjoyed previous Lego titles will recognise this stud currency as they use it to buy new characters, building models, vehicles and other objects such as golden bricks from the Trader. Studs are dropped by the player upon death although can be recovered depending on the location. Meanwhile the aforementioned golden bricks are a premium currency tied to character levels, abilities and new items. These items include the likes of a camera, lantern, grapple gun and even a jetpack to unlock a range of new exploration options.

While there is a story structure underlying your galactic adventure which ties into being a Master Lego Builder players are free to enjoy the galaxy as they please with extra exploration ensuring chests and thus golden bricks are maximised to expand your tool kit. While story quests are never excessively challenging they can be completed in a range of ways which builds nicely into the freedom aspect that Lego Worlds is targeting. 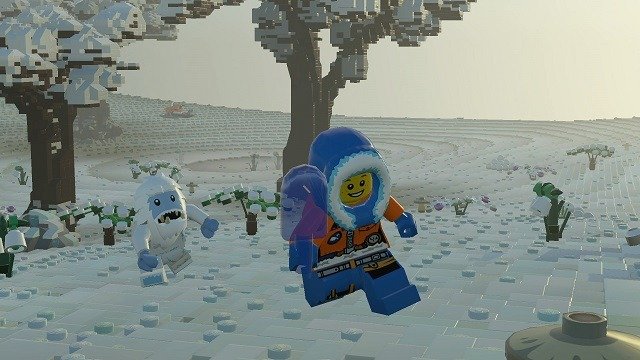 With your ever growing arsenal of Lego blocks, tools and items the Lego galaxy is your oyster to explore and it continually has new adventures to offer with its randomised planets for world sizes, biomes, towns, dungeons and NPCs. Supported by achievements such as reaching one billion studs or unlocking 200 golden bricks for the PUG-Z test rocket you’ll have no shortage of adventures and long term goals to aim for as well.

Games Finder is a Steam Curator and featured in the aggregate review scores data of MobyGames and Neoseeker.
FEATURED ON
Games Like Cube World, Games Like Minecraft, Games Like No Man's Sky, Games Like Trove
1 COMMENTS
LEAVE A REPLY Cancel Reply