Lif started as a free to play browser based game where you’ll play as an animal and compete against other players. After the success of the browser version a paid PC and Android version were released with additional features. 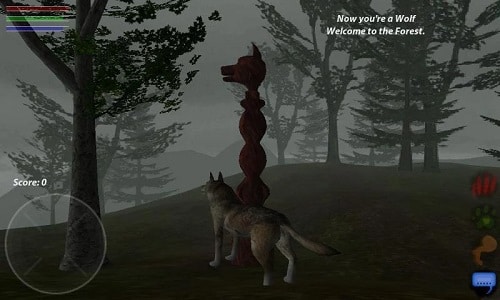 While the browser version offers all of the games beta features those that want the full experience will want to look into the full game version. In Lif players take on the role of an animal as you explore different environments to forage, hunt, make friends and even have animal babies. While the game thrives in the multiplayer arena their is a single player alternative to get used to the game mechanics.

Starting as a rabbit players can change their animal into a wolf or deer while the full version allows for more variants such as lions, eagles and much more. With consistent development the game continues to add new locations, animals and mechanics.

Regardless of the animal you player games will for the most part follow a standard progression with players drinking and eating from the landscape around them while avoiding predators or being a predator.

Starting out as a rabbit can prove quite difficult on a server dominated by larger animals but the challenge is made easier with things like rabbit holes. This run and hide style is still extremely fun even if it can be difficult some times. With the ability to respawn basically instantly the lack of penalty for failure is a great inclusion to the game. 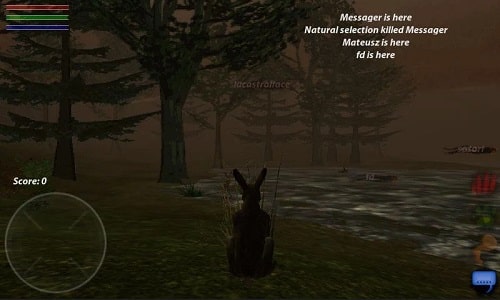 On the other side of the scale once players get hold of a hunter such as a wolf the gameplay flips completely to one of hunting down enemies and attacking them by getting close for food. With smart players on both sides using the mechanics they have available this can be a great game of wits.

For fans of simplistic multiplayer games or fans of the animal Kingdom Lif is perfectly suited. It’s got plenty of development to go before a full game release but the free online version is worth playing in the mean time.