With the world deemed uninhabitable Life in Bunker challenges players to keep your small pocket of human civilisation alive in the underground caverns that you’ll dig out. Managing the resources of minerals, food, water, air and your population the randomised sandbox style levels of Life in Bunker await. 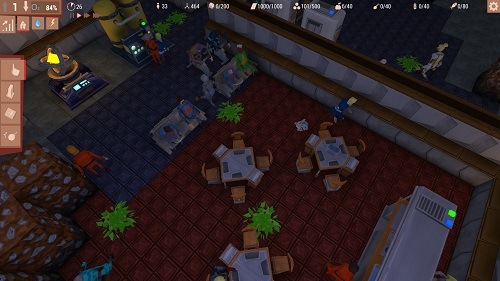 Playing as the overseeing warden of the bunker players start with a small number of humans that have moved into the underground in order to survive. Not only does Life in Bunker allow you to build out into the unexplored rock around you but allows bunkers to be built with up to 4 levels.

While a sandbox experience at its core Life in Bunker is not shy at throwing all sorts of events and features that add plenty of strategy. From managing your residents between the six game occupations, battling disease, recovering from earthquakes, fighting off monsters and much more. With these many reactive game elements the rest of your time will be spent preparing your underground bunker as best you can to deal with potential hazards.

This preparation includes careful resource management, research of new technologies and expanding the base with various rooms and equipment to make survival and life just a little more bearable for your populace. This is where Life in Bunker is at its strongest with great controls around the building elements and plenty of things to consider as you oversee the day to day and longer term projects (such as large expansions or managing the age of your population). 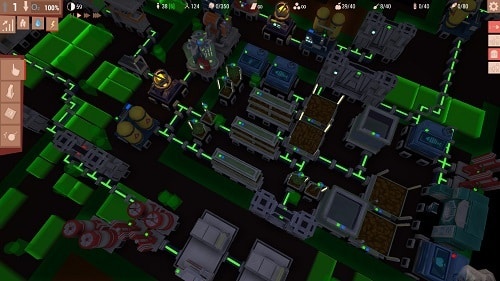 Where Life in Bunker crumbles around you though is some of the frustrating end game states that can quickly sneak up on players once you realise you don’t have the resources necessary to expand further. While some of this can be down to poor planning it simply is often an imbalance in resource costs paired with the randomised nature of levels that make some games simply not fun. This goes particularly poorly with the weak AI that seems to have no regard for their own lives and require some fiddling to do exactly what you intend.

Overall Life in Bunker has a promising game setting although lacks a unique selling point to set it apart from similar titles. If you can dig beyond some clunky UI, poor AI and carefully plan each step you’ll get a few good bunker building experiences from your purchase.

Games Finder is a Steam Curator and featured in the aggregate review scores data of MobyGames and Neoseeker.
FEATURED ON
Games Like Dungeon Keeper, Games Like Evil Genius, Games Like Fallout Shelter, Games Like RimWorld
LEAVE A REPLY Cancel Reply