Step into a massive medieval world in Life is Feudal: Your Own that blends combat, crafting, building, sandbox, realistic directional combat and many other mechanics to create an adventure set far into the past. Alternatively explore the much larger world in Life is Feudal: MMO, the MMO variant of the title with different features (see the official website for full details) but the same gameplay. 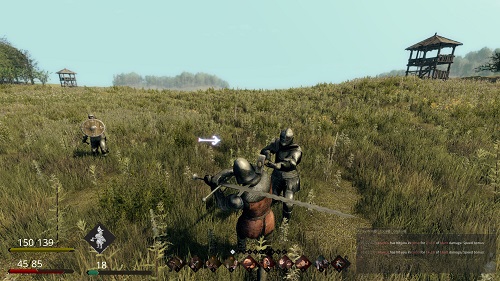 Life is Feudal: Your Own supports up to 64 players on a medieval map measuring 3km x 3km. With ample room the game encourages players to terraform the landscape, claim a piece of land for themselves and build their own house and fortresses.

This is just the tip of the sandbox iceberg though with skill and stat systems that let you design your preferred character based on your style which works hand in hand with the way both of these advance based on how you utilise them. Statistics on offer include strength, agility, constitution, willpower and intellect which then flow into the large number of skills. Skills are more tangible than statistics and fall under three broad categories of crafting, combat and minor (in game actions/movement).

The sheer range of skills opens up a number of playstyles that can range from focusing on resource gathering and crafting to make a living through the likes of mining, forging, logging, carpentry, gathering, alchemy, farming and construction. Or alternatively becoming a powerful combatant with horsemanship, militia, light and heavy melee. 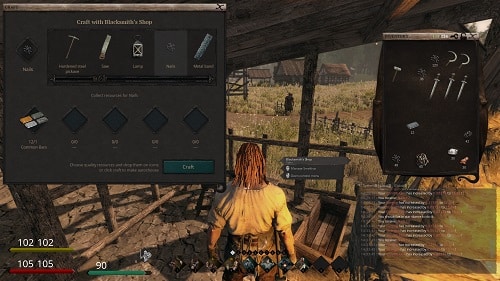 Combat is more than just button clicks and stats though so you can’t merely rely on the skills you’ve developed. Instead combat is without targeting and is directional based on your mouse movements. It also takes into account a number of game psychics which alter the damage you can inflict, equipment weight and attack combos. Adding all of this together makes for some great combat duels although does mean you’ve got quite a learning curve a head of you.

If you’ve got time to dedicate to a sandbox title Life is Feudal: Your Own is a strong option and one of the few offering a great medieval experience with a realistic focus on the game world and combat.

This review was first published on November 18, 2014. Read our update policy to learn more.

Life is Feudal: Your Own