Life Is Strange is a graphical adventure based around a series of episodes, following the adventures of Max Caulfield an 18 year old student of photography who discovers her unique ability to rewind time. Slowly releasing the episodes over the span of 2015 the first episode is now available for free across a number of platforms allowing players to get a small taste of Max’s life before committing to the full game.

Focusing heavily on the butterfly effect that Max’s ability causes players experience the world through the eyes of Max as they attempt to stop a storm on the horizon by travelling back in time and changing the environment through puzzle like mechanics and fetch quests while also making key decisions in branching conversations. While these choices ultimately have minor impacts on the story the game does a reasonably good job of portraying the illusion of choice, albeit it’s broken if you opt to replay Life Is Strange a second time and realise none of your choices really mattered in the end.

The setting for your Life is Strange adventure is that of the fictional Arcadia Bay in Oregon where Max (Maxine) has a vision of an impeding tornado storm wiping out the lighthouse that overlooks the sea. From here Max refines her power of time travel, realising she can step back in time to change current events in order to hopefully save lives of those within the town and particular those closely related to Max. Throughout the story key decisions are placed before the player as they create alternative realities and timelines from these decisions.

Recurring themes in these choices include Blackwell Academy that Max attends, her classmates and close friend Chloe who Max saves with her time shifting abilities. As one would expect much of the early episode involves Max experimenting with her new found powers and establishing the boundaries around her ability.

Actual gameplay within the world of Life Is Strange takes place in a third person view with players moving between various locations in Arcadia Bay. In each of these locations players can explore their surroundings, communicate with a range of NPCs and interact with objects. These interactions all build up a key mechanic of Life Is Strange which is the use of fetch quests and other puzzle solving elements where information obtained can set out a path for your next decisions. 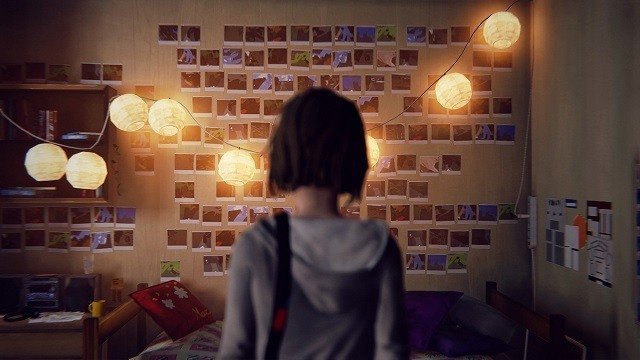 A recurring theme to this is items that may be of use are stored later and can be retrieved from the players inventory when appropriate. This also pairs with short and long term consequences for your actions and decisions which may not be evident until further into the game to create links between choice and consequence even if they aren’t originally apparent.

When all these mechanics are thrown into together across the five episodes the experience and story of Life is Strange is a fantastically gripping adventure that captures the bond of childhood friendship, painful unintended consequences and emotional connections.

Games Finder is a Steam Curator and featured in the aggregate review scores data of MobyGames and Neoseeker.
FEATURED ON
Games Like Beyond Two Souls, Games Like The Walking Dead, Games Like Until Dawn
LEAVE A REPLY Cancel Reply