Set in a post apocalyptic world LISA is a quirky adventure that follows a depressing journey of one man and his search for his adopted daughter across a side scrolling landscape. Separating itself from the usual storytelling methods LISA opts for a dark humour approach to the journey that allows it to stand out and also comes through with the core game mechanics that require sacrifice and permanent lasting decisions. 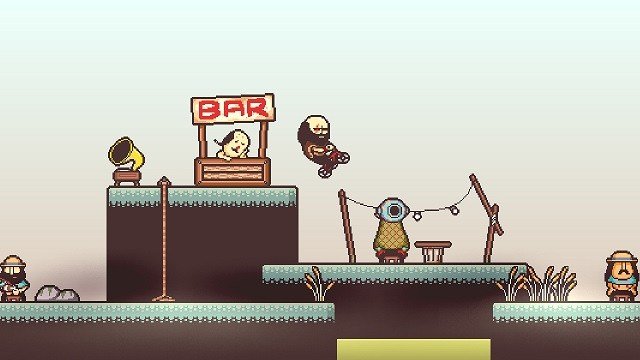 Your protagonist for this adventure is Brad Armstrong, a middle age drug addict who calls the wastelands of Olathe his home. Several years before the game events a mysterious apocalyptic event known only as the Flash ruined society by taking away every woman from the world. After discovering a baby girl in the wild and naming it Buddy players go on a journey of self discovery with a selected party of adventurers to reclaim his daughter after being kidnapped from his home. What is really attracting about the LISA experience is the weird and wonderful things to encounter, people to meet (and recruit) and the flashback story telling that slowly reveals what pre-flash life was like for Brad.

A central element to this adventure is permanent decisions that impact yourself and by extension your party members. One such early choice has players choosing between keeping a party member alive or keeping all of their inventory items and is one that is repeated many times throughout the story with the life of a party member in one hand and your items, Brad’s power and even his limbs in the other. These choices once made will impact on your statistics and even visual appearance to remind you of the choices you’ve made. 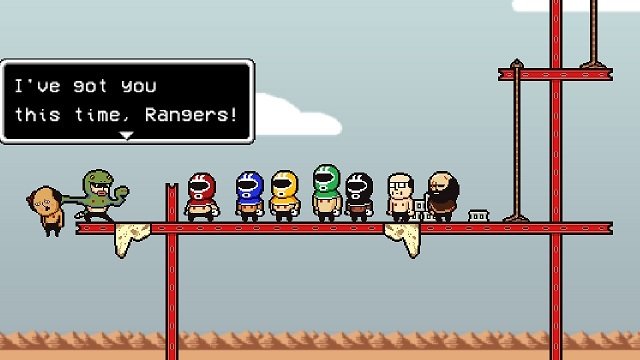 Not to worry if you find yourself running out of party members though with over 30 to locate through the various towns and camps in LISA making it easy to restock your supply of sacrifices or friends. Exploring the world is done through a 2D side scrolling overworld where players control Brad directly. Brad’s abilities are limited in this element to simple jumps and ranges of movements although keen eye players will be able to use these simple controls to find the various secret areas where bonus items await. Players can also find NPCs, shops, settlements and various recruit-able party members during the overworld exploration.

When an enemy is encountered the game switches to battle mode which relies on simple turn based mechanics with players instructing each of their party members to perform an action (attack, guard, item, etc.). Brad also serves as your primary fighter, relying on his brutal melee style known as “Armstrong Style” while being supported by other recruited party members that offer supportive, defensive and offensive styles. 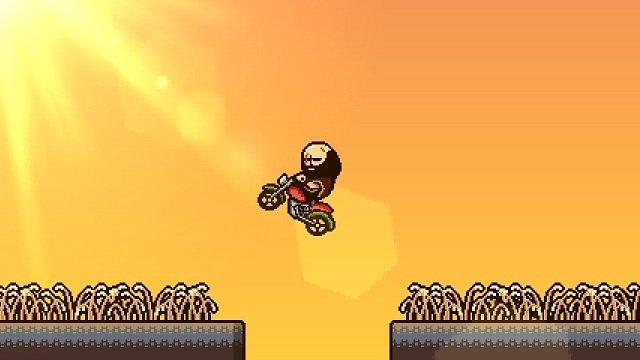 While the story of LISA is impressive some of the game elements can be dull, such as the large game worlds that take a while to trek through (and have an excessive number of dead ends) and the minimal amount of depth in the combat system that doesn’t really evolve beyond the early staged battles.