Craft cards and battle other players in the addictive Little Alchemist. Available for free on iOS and Android the title offers several hundreds of cards to collect and transmute. 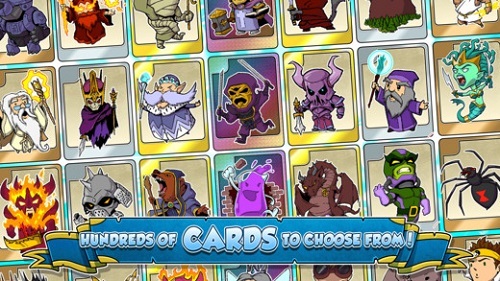 Little Alchemist offers 3 different classes which you’ll select at the start of the game. The Elementalist who will burn enemies for additional damage, the Enchanter who will enhance cards and the Healer who can heal wounds. All of these special moves will build up over the course of a match and can quickly turn the tide at a pivotal moment.

After selecting your class you’ll go straight into your first battle and be introduced to the game mechanics. This is one of the strongest elements of Little Alchemist with simple design that makes it perfectly suited to the mobile platform.

At the start of each game players draw 5 cards from their deck, this number of 5 cards stays consistent throughout the entire game. In each turn you’ll play a single card from your deck or combine two cards together to make a more powerful card (called a combination). 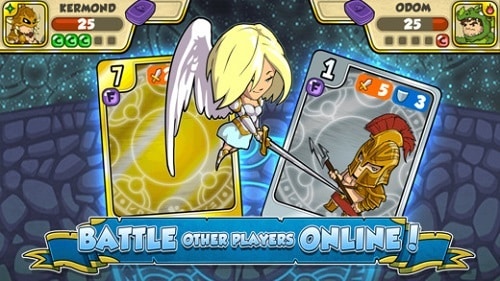 Once you’ve selected your plan for that turn it will face off against your enemies selection. With each card having an attack and defence attribute these will match off separately and then deal damage to your character directly if the attack is higher than defence.

With a healthy campaign to enjoy, the multiplayer arena, card collecting and combinations that require researching the level of gameplay in Little Alchemist will keep you drawing cards for months to come.

Games Finder is a Steam Curator and featured in the aggregate review scores data of MobyGames and Neoseeker.
FEATURED ON
Games Like Clash Royale, Games Like Deck Heroes, Games Like Hearthstone, Games Like Magic The Gathering, Games Like Yugioh
LEAVE A REPLY Cancel Reply