With colourful top-down shooting gameplay and well designed co-operative mechanics Livelock is an enjoyable experience on Windows, Xbox One and PlayStation 4 that offers ample challenge to a group of gamers. Playing as one of three unique characters you’ll bash and shoot your way through mechanical enemies alone or with up to two allies by your side. 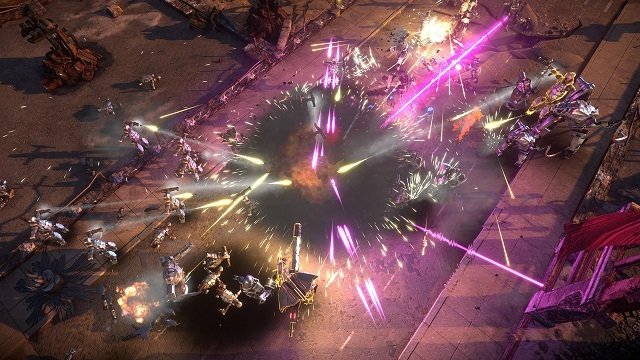 These characters each have their own chassis which contains a human consciousness that was transferred in order to awaken the rest of humanity in the appropriately named Eden after a post-apocalyptic style event leaves the survival of the human race on a knife’s edge. Falling into traditional archetypes of tank, ranged DPS and support you’ll be able to heavily customise your layout as you fight through various themed missions and a tougher survival mode that features a wave based challenge.

Hex for example is your damage dealing character with traits to boost critical hit chance and damage that when combined with other tools is designed for a hit and run playstyle that sees you dishing out high DPS. On the other hand Catalyst is a support specialist that utilises powerful combat drones that can both attack and repair on the battlefield. Finally, Vanguard serves as your durable fighter who is not afraid to charge head first into enemies with additional shield capacity and resistance to negative effects. 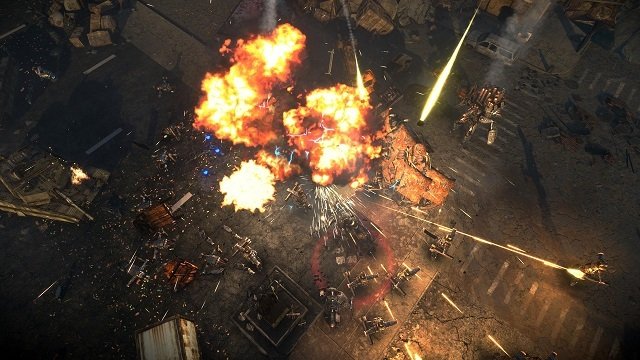 Further customisation beyond this basic class framework is included through the likes of weapons and functions (abilities) to create something that appeals to you while also keeping each players loadout slightly different. Players can carry a total of 3 weapons which is then paired with 2 selectable functions and 1 locked ultimate ability with further changes possible through modifiers. Livelock also includes a number of visual options to make your robot character distinct through a firmware system.

Actual enemy to enemy gameplay sees players step into either the story mode which can be completed in a few hours or survival mode which is your standard multi wave enemy affair. While short the campaign packs in lots of action and variety with linear mob killing sequences mixing in with protection missions and boss battles that have you moving forward, defending locations or seeking out a specific objective on the map. This also pairs up with plenty of destructible environments which helps build up the persona of being in an unstoppable mech like machine fending off similarly deadly enemy robots. 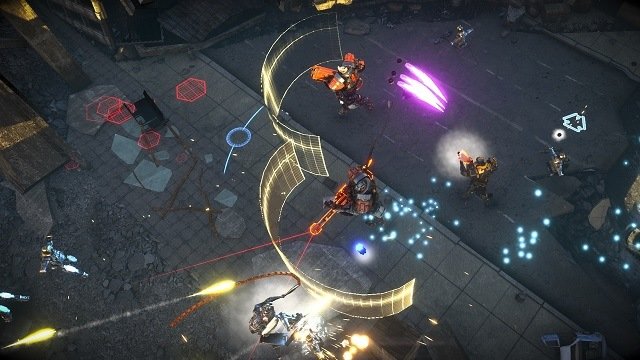 Players are hardly unstoppable once the difficultly ramps up though thanks to the large array of enemy types that have different strategies and designs, higher difficulties also focus on higher damage rather than more enemy health which does make the end game a bit more enjoyable. This is because you won’t be up against bullet sponge enemies and rather have to rely on your teamwork of skills and positioning to survive. That being said with no real penalty for death it is hard to care much about your characters livelihood and probably the greatest missed opportunity for Livelock.

For co-operative gameplay with friends Livelock is a competitive choice with its fantastic fun and tight mechanics although hindered by its short experience.

This review was first published on December 2, 2016. Read our update policy to learn more.

Games Finder is a Steam Curator and featured in the aggregate review scores data of MobyGames and Neoseeker.
FEATURED ON
Games Like Destiny, Games Like Left 4 Dead, Games Like Warframe
LEAVE A REPLY Cancel Reply