Lord of Arcana brings another monster hunting orientated adventure to the portable PlayStation devices. The influence for the games are obvious but does it live up to those that it seeks to copy? 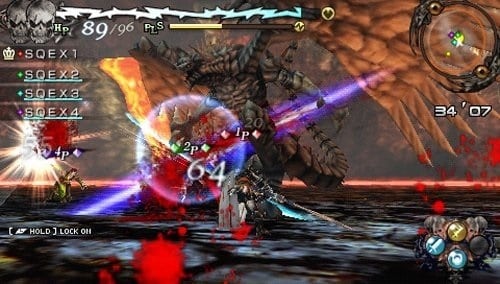 Set within the world of Horodyn players will assume the role of powerful warrior at the start of the game to only sacrifice this power after your first monster battle. Your reasons for this sacrifice stem from your desire to travel to a coastal province in order to seek the Arcana ancient stone and claim your title as the ultimate fighter and leader.

While this story gives the game some foundations to work with the story often lies in the distant underneath the endless number of tasks you’ll be assigned. This definitely isn’t a game you’ll play to be encompassed in the storyline.

Similar to the games Lord of Arcana takes inspiration from you’ll be able to field four players for the battles against monsters and demons. In addition to these different characters you’ll also get the option of summoning your own monsters to take your numbers even further. 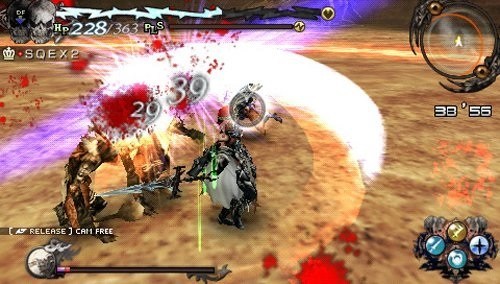 For the most part though (especially early on) you’ll be battling alone as you explore the game world, run into lower class enemies and eventually make your way to a number of bosses. Neither of these is particular impressive though with weak enemies being too repetitive and having little variety while boss battles are usually excessively long and rely on cheap game mechanics to create difficultly.

When compared to other games in this niche genre Lord of Arcana does not compare favourably. However, for those that utterly love games like Monster Hunter and have no where else to turn you’ll find a playable experience if you block out the less than polished elements in the game.