Become the master of your very own kingdom in Lords & Castles, a strategy app for iOS and Android devices that requires you to choose your defences and command troops against other players or AI built bases. 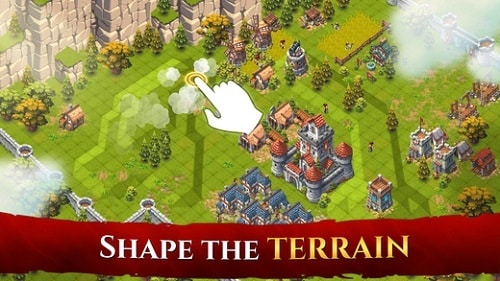 The Lords & Castles formula is one you would have encountered many times before and throws players right into the tutorial with their town under attack. To fend off said attack players will learn the basics of terrain manipulation, a unique feature to Lords & Castles where you can increase the height of the game world to give your defensive structures additional range as well as force units to go up hill at reduced speed.

After your successful defence it is time to stop onto the offensive side of Lords & Castles by building a barracks and recruiting some basic troops to raid the first of many settlements. After finding an opponent your objective is to destroy all their buildings while surviving their defences with careful troop placement facilitating this.

Troop choices in Lords & Castles are fairly reasonable with 8 available upon release and a planned 10 eventually. With each having their different damage, health, training costs, damage bonuses, movement speed, training duration and housing space it’s a great game of mix and match to find the ideal formula. Troops include the basic soldier, archers, plunderers, knights, battering rams, gunners, flying machines and healers with new options unlocking every few levels of barracks upgrades. 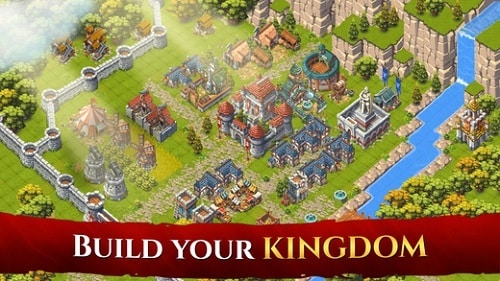 Focusing back on your home base players will find good variety in building options and strategies with several defensive options and walls to craft an ideal defence. While from an economic standpoint you’ve got bonus buildings like the tavern that can boost resource production in the key resources of wood and gold.

With research trees to let you customise your strengths, the ability to change the landscape and a decent amount of variety in troops and buildings Lords & Castles is one of the better options for mobile strategy.

This review was first published on October 4, 2014. Read our update policy to learn more.